Here’s What You Need To Know About Virtual Army: Revolution 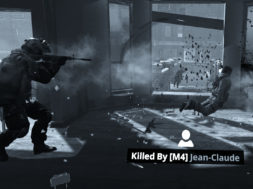 Here’s What You Need To Know About Virtual Army: Revolution

So far, there’s been numerous amounts of FPS games released in VR. But only a few titles hold up to provide a quality VR experience. Now, Haptic Pulse looks to take their chance in the genre with their newest VR game release called Virtual Army: Revolution.

In the trailer you can see some of the weapons that you will be able to choose from. This includes pistols, assault rifles and more. Also, the pacing of the game is quite similar to CS:GO in where you will face close proximity combat along with long range combat on small to medium sized levels. Characters are also dressed quite similar to CS:GO characters.

VA:R is currently in early access. Virtual Army: Revolution is available for both Oculus Rift and HTC Vive users on the Steam marketplace for $9.59. VA:R is quite an interesting VR game and is worth a shot if you are into the FPS genre.