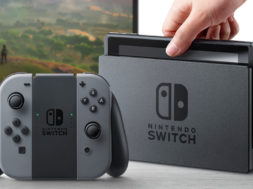 Nintendo Switch has become the talk on the internet for its ergonomics and mobility. The system features abnormal characteristics for a gaming console that has drawn hopeful eyes to the company. Recently, the price was leaked through Toy’s R’ Us in Canada which listed the console price at $329 CA which is approximately $250 US. 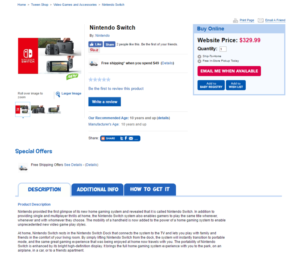 With this price point in mind, many are speculating just how underwhelming the system really is. Currently, the top of the line gaming console which is the PS4 Pro is priced at $399 with the listed features:

Playstation knows that the current customer base is looking for quality with price in mind. So they developed a newer and better version of the PS4. Below is the provided specs of Nintendo Switch.

While Nintendo’s price point is generous for the consumers, will it be able to contend against the likes of Xbox and Playstation? Will it meet the predicted volume of sales?