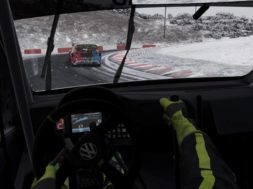 Project Cars 2 for VR is set to launch on September 22nd for the Oculus Rift and HTC Vive. This highly anticipated title by Slightly Mad Studios has been in the works for quite some time now being retuned to deliver an unmatched VR racing simulation experience.

Today, the studio revealed the full list of cars that you’ll be available to drive in Project Cars 2. They’ve added over 180 vehicles from various manufacturers that will put you to the test in VR. The gameplay video we’ve released shows how crisp everything looks in terms of visual prowess. It also shows the various conditions in which you’ll be driving these cars.