Here Is The Teaser For The Upcoming Microsoft Hololens 2 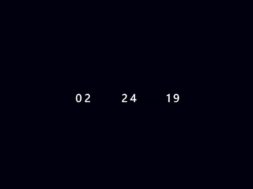 Here Is The Teaser For The Upcoming Microsoft Hololens 2

It’s been revealed that Microsoft will be announcing their second iteration of the Hololens during this year’s Mobile World Congress (MWC) taking place on February 24, 2019 at 5PM CET in Barcelona.

CEO Satya Nadella, Technical Fellow Alex Kipman, and CVP Julia White will be making an announcement during their pre-conference press event about the upcoming Hololens 2 and their AR technology.

And while we wait in anticipation, they have released a quick teaser leading up to the Hololens 2.

In the video you can see some microchip being invaded by some sort of illumination. Then, it leads to some wires that wrap around in unison. And while that doesn’t really mean anything to us, the ending indicates the meaning behind this video.

The text reads, “02 24 19” which symbolizes the date for the MWC conference and the date in which they will make the big announcement.

There isn’t really much other information available about the Hololens 2 besides what they have teased thus far. Make sure to follow along and keep in the loop about the date and the next iteration of AR for Microsoft.