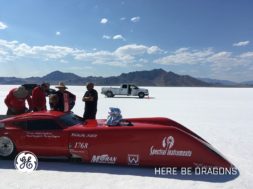 HERE BE DRAGONS, along with Within, have recently launched a VR video series called “The Possible” where they cover various subjects in science and technology. The series is quite short with only 5 episodes. This week, Within released their third episode in the series called “Speed Machine.”

This particular episode takes viewers to the famous Bonneville Salt Flats where daring enthusiasts test their abilities of going fast. Real fast. It’s been a historical landscape for its flat, dirt terrain where adrenaline junkies go to have a little fun. In this VR experience, you’ll join one of them, Keith Copeland, as he assembles his car and attempts to set a new world record. 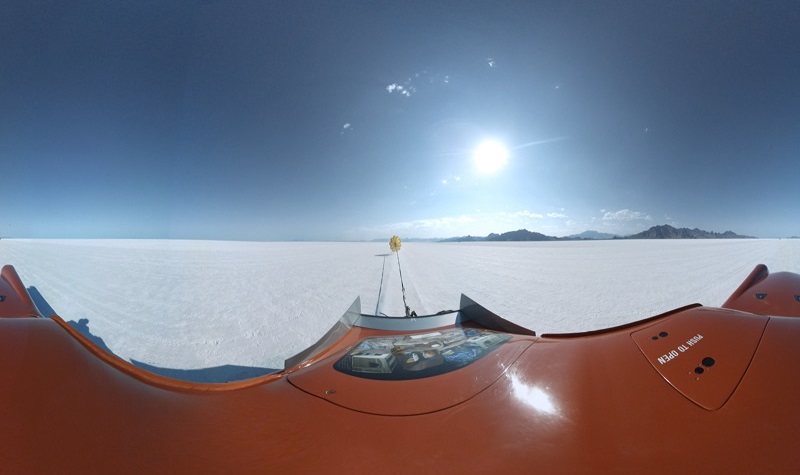 You’ll experience the vast, otherworldly expanse of the salt flats, the flashiness of Bonneville Speed Week, and the rush of rocketing across the flat desert at abnormal speeds. In some of the sequences, you can hear the roaring of the rocket car as it blows past you. The sounds in the VR experience is pretty remarkable. “Speed Machine” does a great job in telling the story behind Keith Copeland and his endeavors of accomplishing the world record for highest speed reached on the ground. 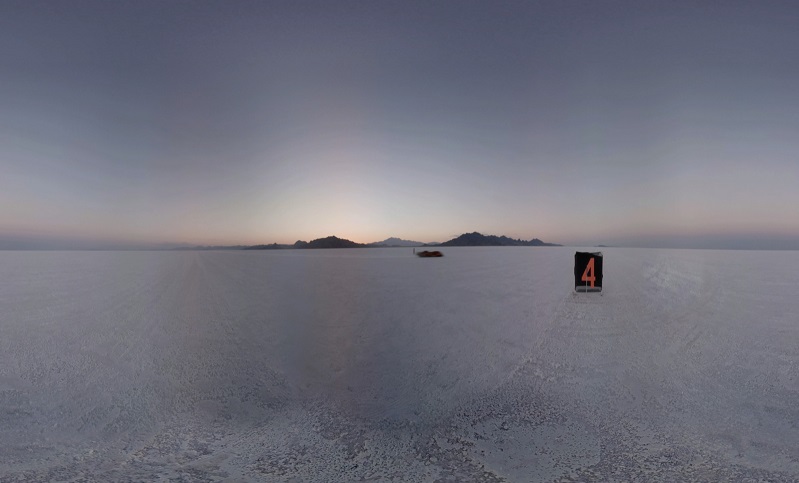 Oddly, at the end of the video, you’ll find GE conducting an experiment where they “fight fire with fire.” The theory is they use the sound of fire to put out a fire they have created. In the experiment you’ll find a man on fire being blasted by sound. The man ultimately gets extinguished by the sound waves, proving the theory to somewhat be true.

The video can be watching by downloading their app, available on the iOS app store, Google Play, SteamVR, Oculus Rift, and PlayStation VR. If you have some time, we recommend you dive into the VR world and check out “Speed Machine.”