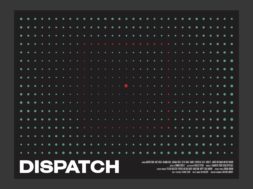 This year’s Venice Film Festival has been quite the spectacle as many of the top VR studios have debuted VR films and stories. Among these studios is HERE BE DRAGONS which showcased a four-episode VR miniseries called “Dispatch.”

Written and directed by Edward Robles, Dispatch takes you inside the head of a police dispatcher (Starr) who is facing one of the greatest challenges of his career during an all-night crime spree. The mini-series features features Martin Starr (Gilfoyle from “Silicon Valley”) as Ted, the protagonist.

As unsung heroes of the law enforcement world, dispatchers have one of the most difficult jobs – receiving awful news at the worst hour, immediately sending help, and hoping for the best outcome. In “Dispatch,” the protagonist, Ted, is thrust into a situation where he is no longer a witness to whatever happens on the other end of the line, but rather, the only person who can help the victim.

“We created ‘Dispatch’ to embrace the most compelling elements of virtual reality to make the experience as dramatic and entertaining as possible,” said Robles. “With a gripping narrative, immersive audio, and strong visual cues, ‘Dispatch’ gives the viewer an up-close experience with what first responders go through on a daily basis.”

Hailing from the world of commercial storytelling, writer and director Robles specializes in virtual reality production. Robles has helped shape over a dozen VR projects, including “Clouds Over Sidra,” Kathryn Bigelow’s “The Protectors: Walk in the Ranger’s Shoes,” “Ghost in the Shell,” and “Muse: Revolt.”

“Dispatch” is the latest project announced by HERE BE DRAGONS, with previous award-winning projects this year including premieres at Sundance Film Festival (“Tree”) and Tribeca Film Festival (“The Protectors: Walk in the Ranger’s Shoes” with Kathryn Bigelow, “The Last Goodbye,” and “The Possible”) along with “Sessions: The Legion Mixed Reality Experience” at Comic Con for FX Networks. Additionally, HERE BE DRAGONS closed a $10 million equity round of capital led by Discovery Communications, Inc. this month.

Dispatch is an Oculus Exclusive VR mini-series that’ll be coming to the Rift later this year.

tags: dispatch gilfoyle here be dragons martin starr sillicon valley venice film festival
previous 'Blasters of the Universe' Will Keep You On The Edge Of Your Seat
next PAX West: Oculus And HTC Vive Specials And Prizes
Related Posts