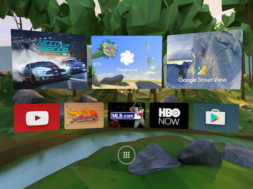 Google has been on a role in trying to deliver quality content and experience for their new VR platform called Daydream. They’ve been receiving high reviews for the design and usability of the mobile headset. And as of today, HBO NOW is available on the Daydream platform.

The HBO NOW VR app will be similar in all ways to the regular app version besides the VR part. You’ll have the intuitive navigation to select your favorite HBO show. One big thing that makes VR stand out from traditional screens is that you can make screens big. Really big. If you were to watch a show on a smart phone, you’ll be seeing it on a typical 5 – 8 in. screen. But with the use of VR, you’ll be able to see these shows at the size of a typical movie screen.

With Westworld Season 1 all wrapped up it’ll be a fantastic way to watch the show from beginning to end using VR technology since… you know… the show is all futuristic and stuff.

Google has also announced that Netflix will be available on the Daydream VR platform soon.