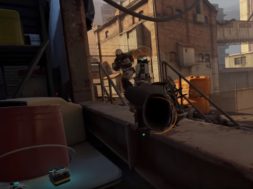 Half-Life: Alyx was released on March 23 and has already gained over 20,000+ reviews on Steam. This is an incredible number considering the limited amount of people who own a VR headset with a powerful PC to operate it. But it has also done something truly amazing with its positive to negative ratio.

In the stats above we can see that 98% of the reviews were positive with over 19,082 being a match in the Overwhelmingly Positive filter. This means that HL:A ranks within the top 10 games in the Steamdb charts.

VR AND FUN has also done a review on Half-Life: Alyx and it definitely does look to be the VR game of 2020.

We predict Half-Life: Alyx to run away for VR game of the year in 2020. While there are many great VR games released already this year and future titles ahead, there’s just something truly special about this new Valve title.

For those who are unfamiliar with the timeline of Half-Life: Alyx, here’s a quick description:

Half-Life: Alyx takes place in between events of Half-Life and Half-Life 2. Playing as Alyx Vance, you are humanity’s only chance for survival. The Combine’s control of the planet since the Black Mesa incident has only strengthened as they corral the remaining population in cities. Among them are some of Earth’s greatest scientists: you and your father, Dr. Eli Vance.

As founders of a fledgling resistance, you’ve continued your clandestine scientific activity—performing critical research, and building invaluable tools for the few humans brave enough to defy the Combine. Your essential duty is to eliminate the vicious Combine aliens.

Have you played the game yet? If so, what are your thoughts. Let us know!