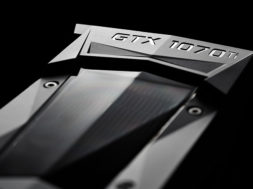 As we all know, we’ve seen a crazy burst in prices for GPUs these past few years. With the crazy crypto-mining trend, GPUs such as 1060s, 1070s, and 1080s, became obnoxiously priced. Now with the new RTX GPU model releases and the crypto-mining community slowing down, we can expect to see the GTX GPU’s coming down in prices.

Companies such as Gigabyte Technology, Micro-Star International (MSI) and TUL are all expected to see their shipments of GPU plunge by around 40%. This is due to many clients suspending their orders and demand for cryptomining machines according to the source.

The demand for GPUs were quite strong last year in 2017 with entrepreneurs and companies opening up crypto-mining farms. We saw astronomical prices for Bitcoin, ethereum, etc., but they have all kind of came crashing down back to Earth. Now with the prices seeming to level out, that hot trend seems to be dissipating quickly and the demand for it as well.

Currently, companies such as MSI, Gigabyte, ASUS, and EVGA have brought down the GPU prices on the flagship models to bolster their sales.

Gigabyte posted record shipments of 4.5 million graphic cards in 2017 with the high demand for GPUs. This is up one million on year with profits from the shipments doubling to over NT $2 billion (USD $67.37 million). The company’s first-quarter 2018 revenues also hit a new quarterly high of NT$20.1 billion, surging 29.9% on quarter and 51.38% on year according to Digitimes.

Buy while you can

With the release of the new RTX GPU models by Nvidia and the crypto-mining community not as strong as in 2017, this is a great time to buy some of the high end GTX GPUs which is a great viable product today and for the next few years.