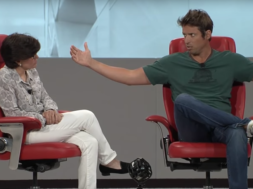 GoPro has been undergoing a lot of changes to shape-shift their market into the 360 VR industry. They’ve created full custom rigs called the GoPro Omni which costs a ridiculous $4,999.99. It’s essentially 6 HERO 4 Black cameras caged in a 120mm x 120mm x 120mm cube that’s positioned to capture 360 footage. They include a Kolor Software Bundle that helps render the pictures and videos. Also included in the bundle is a Switronix Hypercore-98S battery, which powers the Omni rig for 3 hours. 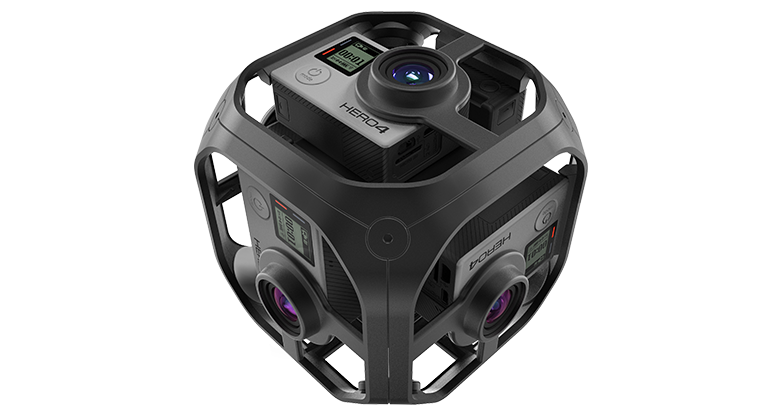 GoPro has been hosting a cloud platform where users were able to house their VR videos they’ve captured through 360 devices. However, as of today, you won’t be able to upload anymore 360 videos on to their servers. Their mobile app will not be available for download neither. After February 28th, the GoPro VR platform wont be accessible and the 360 videos will be deleted from the servers on March 31st at the latest (meaning it can be deleted even sooner). Even the iframes embedded on third-party websites will be trashed. 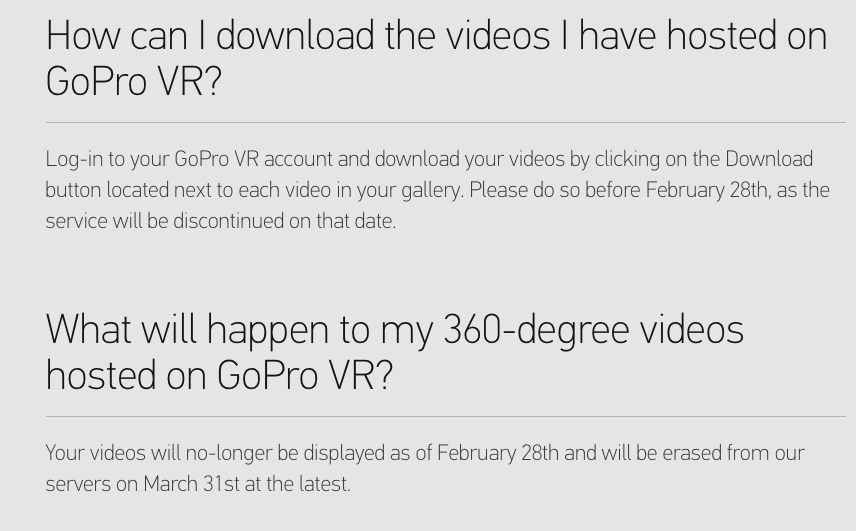 This is after the shocking news of GoPro losing billions in stock share value and the abysmal launch of GoPro Karma (their OEM drone) which ended up being recalled. GoPro has been taking blows after blows for the past year and is looking to bounce back with the development of their new technology in the 360 virtual reality front. However, after this bit of news of GoPro erasing their VR video hosting platform, light won’t shed too lightly for them in the VR community. 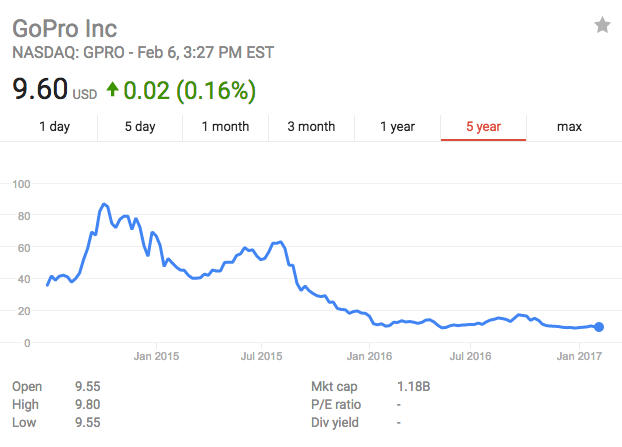