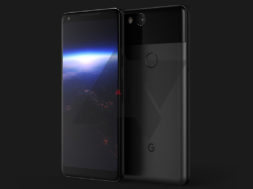 Google is reportedly debuting their next generation Pixel smartphone on October 5th according to Evan Blass. The Pixel 2 smartphone will come equipped with the Qualcomm Snapdragon 836 chip, which will be able to pack a punch.

The Pixel 2 smartphone is also said to come in two sizes, similar to the current generation with the regular size and an XL version. The standard entry-level model is said to feature a 4.94-inch 1080p display while the XL model will come equipped with a 6-inch AMOLED display provided by LG.

There are speculations out there that the gen-2 pixel smartphones will have front-facing speakers for better sound and “squeezable” sides which will activate Google Assistant when squeezed. Other rumored specs are that the gen-2 Pixel smartphones will come equipped with 4GB of RAM with 64GB of internal storage. It will also receive an improvement on the camera mainly due to software updates.

But something disheartening we heard is that the new Pixel smartphones will come without an auxiliary port for wired headphones. There was quite a bit of backlash when Apple made these changes and we might now see it happening within the Android world.

If all of these speculations were to be true, we’ll be seeing improvements coming to the Daydream as well. Featuring a stronger graphics performance, power, and improved screen means a more quality VR experience for the mobile HMD. Developers will be able to push the boundaries a little further to create a sense of enticement when it comes to VR games.