Home VR News Google Makes It Possible To Explore Each Layer Of Music In VR With Inside Music
VR News
September 5, 2017 SJ Kim 1 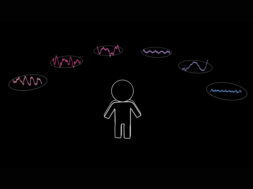 Google has announced a new way to deeply interact with music and songs through an immersive experiment called Inside Music.

This new project allows you to step inside your favorite song and get a closer look at how it’s made. From vocals, to drums to guitars, Inside Music will allow you to separate the sounds and distinguish it from one another.

Inside Music was created in collaboration with Song Exploder which is a popular podcast company. Google worked with many artists across the different genres for this experiment in order to see in-depth, on how songs are really composed.

Using WebVR, you will be able to dissect songs from popular artists such as Phoenix, Perfume Genius, Natalia Lafourcade, Ibeyi, Alarm Will Sound, and Clipping. Inside Music will put you inside the virtual world and allow you to see the different layers in music using spatial audio to understand how a song is composed.

One of the cool things about Inside Music is that you can turn the layers on and off allowing you to hear a song without the different components and instruments. This is quite an elaborate way of seeing music where you get to understand the fundamentals and importance of the different types of instruments.

You can try Inside Music today using WebVR on Google Daydream, Oculus Rift, or HTC Vive. It’s also available in 2D through for PCs, laptops, and mobile devices.

Google has also made Inside Music open source so that musicians, artists, and anybody else can create new interactive experiences.