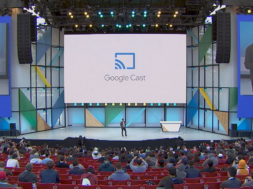 Mike Jazayeri, Director of Product Manager, Daydream, joined the stage to provide more updates about the Daydream platform. To start off Jazayeri referenced the point about how LG and Samsung smartphones will be Daydream ready in the near future. This, in turn, will allow tens of millions of users to have access to the Daydream platform. Jazayeri also mentioned that the stadalone VR headsets will be coming at the end of the year.

He then went into how Daydream will be upgraded to further enhance the user experience. The software will update to Daydream 2.0 Euphrates where you’ll see many enhancements. To start, you’ll see software support for standalone headsets powered by Android O. This new operating system will run entire experiences in VR. 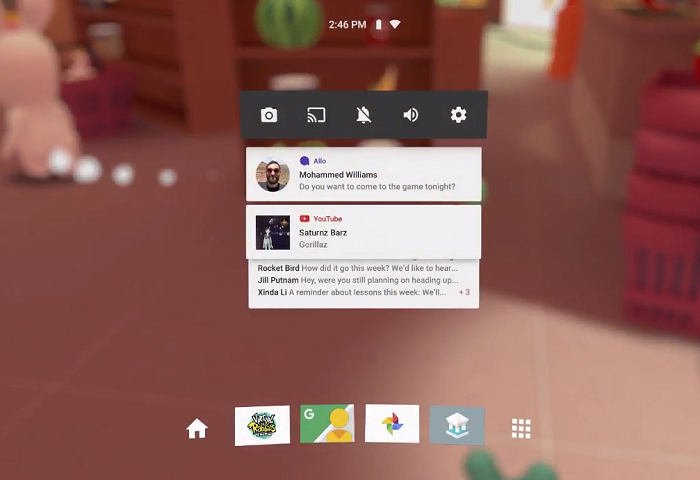 The Daydream team will also be making VR content front and center. They’ve laid out a new foundation on the dashboard which will allow you to have continuous list of regularly updated content making it easier for you to navigate and jump into a VR experience. There’s also a new feature within the Daydream platform which will allow you to pull up a dashboard to see updated statuses and content without having to exit the Daydream VR platform.

Jazayeri also announced that Daydream will have Google Cast support which will allow you to pull up a dashboard and select a casting destination. “It changes the VR experience from an individual experience to a shared experience,” said Jazayeri. “To help you share your favorite moments in VR, we’re also adding the ability to capture screenshot or short video of your Daydream experience to share it on your favorite social media or messaging app.” 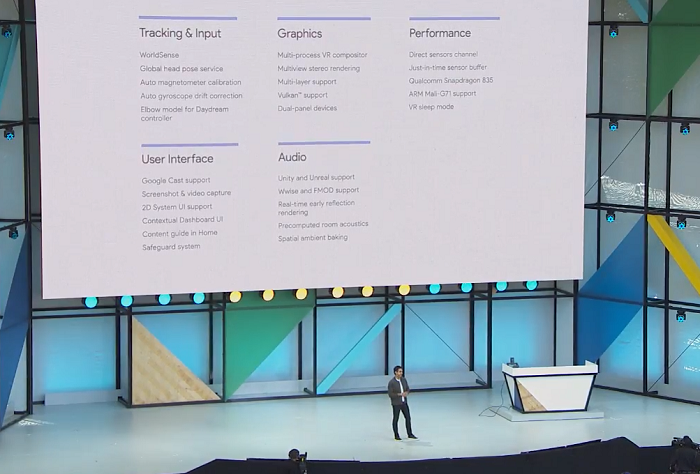 In addition to this, there are a lot more updates to the Daydream software including: Tracking & Input, Graphics, Performance, User Interface, and Audio. The Daydream will have Unity and Unreal Engine support.