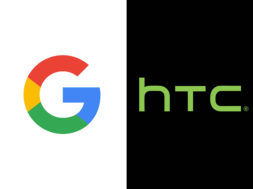 We reported a couple months back that Google and HTC were making a $1.1 billion dollar deal where Google would acquire HTC’s smartphone division to join their Pixel team. Now the deal seems to be complete as Rick Osterloh, Senior Vice President, Hardware at Google made a public post about the deal.

“I’m delighted that we’ve officially closed our deal with HTC, and are welcoming an incredibly talented team to work on even better and more innovative products in the years to come,” said Osterloh. “These new colleagues bring decades of experience achieving a series of ‘firsts’ particularly in the smartphone industry—including bringing to market the first 3G smartphone in 2005, the first touch-centric phone in 2007, and the first all-metal unibody phone in 2013. This is also the same team we’ve been working closely with on the development of the Pixel and Pixel 2.

As our hardware business enters its third year, we remain committed to building and investing for the long run. Today, we start digging in with our new teammates, guided by the mission to create radically helpful experiences for people around the world, by combining the best of Google’s AI, software and hardware.

Finally, with the official close of this deal, we’re expanding our footprint in the Asia Pacific region. Taiwan is a key innovation and engineering hub for Google, and Taipei will now become the largest Google engineering site in APAC.”

With this new acquisition deal, both HTC and Google are able to push their main products further into the market. HTC is currently concentrated in innovating the VR space with the Vive VR headsets and Google is looking to make a dent in the smartphone market with their Pixel devices.

“This agreement is a brilliant next step in our longstanding partnership, enabling Google to supercharge their hardware business while ensuring continued innovation within our HTC smartphone and VIVE virtual reality businesses,” said Cher Wang, Chairwoman and CEO of HTC. “We believe HTC is well positioned to maintain our rich legacy of innovation and realize the potential of a new generation of connected products and services.”