Ghost Town Mine Ride Is The Perfect VR Experience Before Halloween 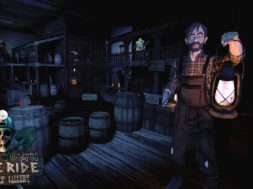 Ghost Town Mine Ride Is The Perfect VR Experience Before Halloween

During the spooky month of October, it’s always fun to see how far you can push yourself with fear. Sometimes people measure this by attending events at haunted houses or watching scary movies. But that eventually gets repetitive. So for this year’s Halloween spirited month, we have something more creative for you to try out called Ghost Town Mine Ride.

This interactive VR experience allow you to explore an abandoned tourist attraction. You’ll aboard a mining cart and take a ride down into a pit of doom where you’ll be greeted by some scary looking monsters. But have no fear as you’ll be weaponized with a pistol to take down these evil zombies and ghouls. 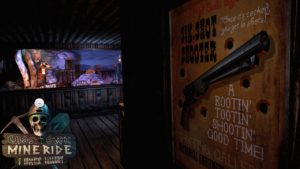 The haunted VR experience is fairly short being only 25 minutes in length. However, the creators of the game, Spectral Illusions, believe that it’ll be enough to test just how well you handle fear and being scared.

Kerry McCarn-Ostir, Executive Producer, says, “Abandoned theme parks and roadside attractions have such an interesting look. It’s a place that embodied joy and fun, but, once they’ve sunk into disrepair, the creepiness oozes out. It’s an environment that can evoke a huge emotional response.”

In the previous years, there’s really never been a Halloween themed experience like the one this game is able to provide. By manipulating your visual and hearing senses, VR technology is able to transport you into a virtual dimension with infinite possibilities. And just how immersive is VR you ask? Well check out this guy for example.

Ghost Town Mine Ride will be exclusively available for the HTC Vive through on the Steam Store starting October 28th.