Ghost In The Shell: Virtual Reality Diver – What Is It? 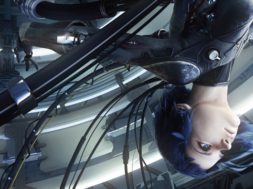 Ghost In The Shell: Virtual Reality Diver – What Is It?

Ghost in the Shell is a bizarre and twisted story that takes place in the future at Niihama city in Japan. Based off of a popular manga series, the story revolves around a task force called Public Security Section 9. The special group is made up of former military officers and police detectives that take on missions to keep the city safe. And as they protect and serve the best interest of the city, the task force starts to encounter bizzare antogonists and characters that puts them in jeopardy.

The main character in the franchise is called Major Motoko Kusanagi who is a synthetic full-body- prosthesis augmented cybernetic human. She is employed as the field commander for the Public Security Section 9 team. She is one of the most advanced cyberbrain combatants that has special abilities to fight antagonists.

With such rich context and story, Hollywood has opted to make the manga anime story into a live-action movie. Scarlett Johansson has taken the lead role as Major  Motoko. to lead the cast in the visceral story. The movie is due to be released on March 31, 2017. Additionally, the franchise has released a virtual reality experience called Ghost in the Shell: VR Diver

This immersive 360 VR experience by Production I.G. studio was released earlier last year with that left you with a heart-felt 15 minute story. You’ll be travelling alongside Public Security Section 9 where you must eliminate a terrorist threat aimed to take out dignitaries from the Republic of Kuzan. The movie is currently available in Japanese with a dub version coming in June.

The american cast will include:

You can download Ghost in the Shell: Virtual Reality Diver VR experience today on iOS or Android devices.