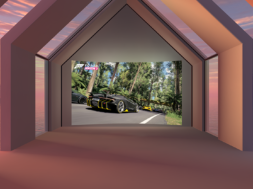 Currently, Microsoft has many projects under development that’ll compete against Oculus in the future. They made an announcement at their recent conference about their intentions to release their very own VR headsets starting early next year. But prior to the upcoming war between the two companies, Microsoft owned Xbox has created an app that’ll allow Rift owners to stream Xbox One games to the headset.

“Rift owners will be able to stream their Xbox One library to Rift with the new Xbox One Streaming to Oculus Rift app, including fan favorites like ‘Gears of War 4,’ ‘Forza Horizon 3’ and ‘Halo 5: Guardians,’ the biggest sports games, indie darlings, Backward Compatible Xbox 360 games, and more titles coming in 2017. The Xbox One Streaming to Oculus Rift app is available for free in the Oculus Store on Dec. 12.” – Kevin Unangst, Senior Director, Global Marketing at Xbox

The app will come free to Xbox One owners but as you know, there’ll be no point to the app if you don’t own an Oculus Rift with a PC that runs on Windows 10. But for those fortunate people that own all the required hardware and software, you’ll have the pleasure of playing some of the most popular games in a VR format. While the games themselves won’t be in true VR, you’ll have the ability to play the games in a private screening environment.

“Once connected, your console’s video output is streamed to your Rift headset and projected onto a massive screen in your choice of one of three immersive VR environments: Citadel, Retreat, and Dome,” said Kevin Unangst.
Look for Xbox to launch the app on December 12th.