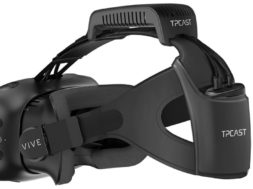 Every time that you put on a pair of HTC Vive you feel as though you are tethered to some mechanical being. But this will all be changing thanks to one of Vive X accelerator participants, TPCAST. This imaginative team came up with a way to untether you from the bundle of strings attached to the Vive headset.

During the Alibaba conference, HTC Vive and TPCAST displayed this new add-on with demonstrations of how it all works. “We are glad to cooperate with Alibaba to enable the first mass-demonstration of a complete VR shopping experience and are honored that they have chosen Viveport M as the preferred download partner for the Buy+ mobile application,” said Alvin W. Graylin, China Regional President of Vive, HTC. “We are also very proud that a Vive X team, TPCAST, has developed such an impactful product in such a short time. It will allow Vive customers worldwide to gain untethered mobility in VR from their existing devices, while satisfying the biggest feature request of potential PC VR customers.” 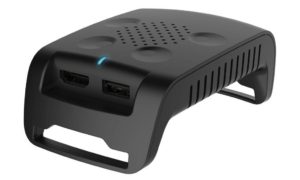 With this particular add-on you’ll have the freedom to roam around in the fixed environment and enjoy VR just a little bit more. And another amazing part of TPCAST’s add-on to the Vive is that you’ll experience nearly zero latency.

The pre-orders for the device have launched through HTC’s Chinese website. Unfortunately, they are sold-out for the time being. They expect the devices to ship worldwide starting Q1 of 2017. The starting prices are set at 1,499 RMB which rounds out to be about $220 US.

This add-on has been a long sought-out feature for the Vive and it’ll now be making it’s way to the consumers. The TPCAST device will require a battery. They have informed us that it’ll last around an hour and a half at full charge.

The innovation for VR technology has just tightened with this new feature device for the HTC Vive.