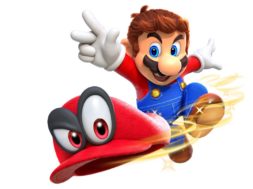 There’s been some amazing fan recreations of Super Mario in VR. We’ve seen games such as Paper Mario and Mario Kart come into existence that allows you to enjoy the franchise in all its glory. But recently, a YouTuber named Nimso Ny has been working on recreating Cappy in the virtual space.

In the video you can see Mario be able to throw his hat cappy out to a far distance. Then, Mario is able to sort of hover around in the space. In addition, he has added in a few mods that replicates his movement in Super Mario Odyssey.

He’s able to jump from wall to wall to reach a higher area. He has also added in some sound effects to replicate Mario’s sounds. Nimso NY plans to release this fan made project at a later time where you can try it out for free. It’s quite interesting to see what developers can create in the virtual space.

We hope to one day see an official port of Mario to the virtual space by Nintendo themselves where we can play and become Mario.