Get Ready For A Dragon Ball Z VR Experience 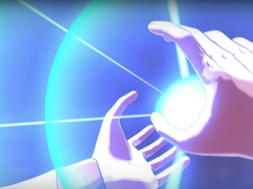 Get Ready For A Dragon Ball Z VR Experience

As a kid, all I ever wanted to do was unleash a fireball of death just like Goku from Dragon Ball Z. With the power of the Kamehama, all foes would be annihilated in an instant. While this isn’t feasible (yet) in the real world, Japanese toy maker Mega House is releasing a Capsule Corporation branded VR headset to give us a chance to summon the rare ball of energy.

The company is creating a Dragon Ball Z VR experience that you’ll be able to download as a mobile app. In addition, the company will be selling a mobile VR headset, hand sensors, and a VR mat to go along with the VR experience.

We hope this bundle will make it’s way over to the states so that all of us Dragon Ball Z fans can have a go at the mobile VR experience.