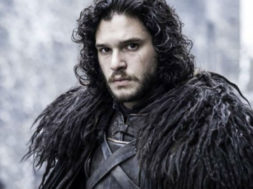 The highly anticipated Game Of Thrones Season 7 trailer has just launched and it looks quite menacing.

Our favorite characters such as Jon Snow, Cersei Lannister, and Daenerys Targaryen make a quick appearance where they make their way to their thrones. HBO has announced that the show will premiere on July 16, 2017 and will feature a lot of action between the characters and the white walkers.

It’s been speculated that this will be the second to last season of the show where characters face a critical juncture for power. It will not be based on the book as George R. R. Martin hasn’t even released the books for this point of the story.

Also, along with this news, is that there might be a VR experience coming prior to the season debut in July. We can expect to see some of the characters in an immersive 360 environment which will surely peek many people’s interests.

HBO in the past has released multiple VR experiences for their shows such as Westworld. This immersive experience created tremendous amount of buzz for the experimental show and now garners a lot of fans.

This season will definitely be the end for many of our favorite characters and we can’t wait to see what happens in Game Of Thrones Season 7!