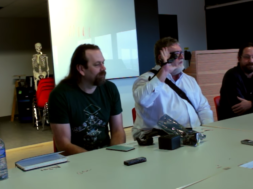 Gabe Newell recently talked about Valve’s ongoing development in VR games and hardware, including the announcement of 3 new VR titles they are working on. Being partners with HTC on the Vive headset allowed the company to understand what consumers are wanting out of virtual reality experiences. So Gabe personally addressed the matter and how Valve will be pushing the front for VR. “It feels like we’ve been stuck with mouse and keyboard for a really long time,” said Gabe. “It’s about taking bigger leaps forward.”

In this interview video, Gabe Newell shows their new VR hardware. Gabe first demonstrates the new controller which straps around the palm of your hand. This is significantly different than the Vive controllers where you must grip it with your fingers. 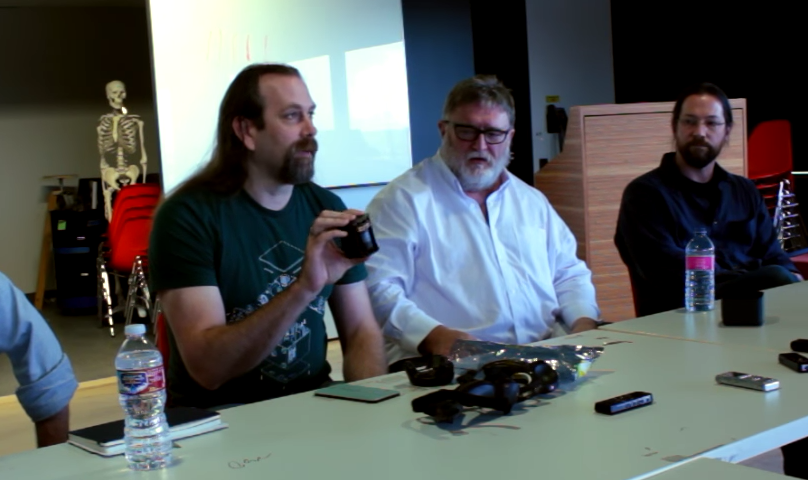 The Valve team also shows their new base station which is suppose to be the next iteration in room-scale tracking. Joe Ludwig, the company programmer, explains that the new base station has just one motor while the current HTC model as two. By having just one motor, you can reduce the cost of the device. Valve’s new base station sensors will also have wider field views and what Ludwig labels it as “The next generation.” Ludwig mentions that these are prototypes and might change between the final model.

Valve working on VR technology could mean big things for the future of VR gaming. Valve is known for some monstrous titles and gameplay that has shaped our current generation. Gabe Newell is an avid fan for the technology and states that even if their VR technology becomes a failure, they’ll learn and improve over time. This is the next generation gaming platform for the Co-founder of Valve.

Hopefully some big news will come out of the upcoming GDC conference or some of the other major conferences taking place in the summer. Valve will finally be competing against the likes of HTC, Oculus, Sony, Microsoft, Google, and Samsung in the VR frontier.