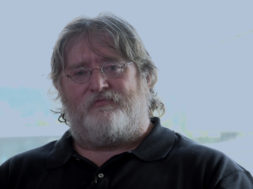 As previously announced this week, Valve co-founder and president Gabe Newell went on Reddit for a friendly Ask Me Anything (AMA) session with redditors. And in the questionnaire he answered a bunch of questions regarding the future of the company, upcoming games like Half Life 3, and their growth in VR.

Gabe Newell is a big supporter of VR and the growing technology as it has the ability to immerse users deeply into games unlike traditional console games. One redditor asked a question about the future endeavors of Valve which Gabe Newell responded, “The big thing right now is broadening the range of options we have in creating experiences. We think investing in hardware will give us those options. The knuckles controller is being designed at the same time as we’re designing our own VR games.”

Gabe didn’t go into details about what types of VR games they’re working on but it was quite exciting to hear for the VR community. Some speculate that it could be some sort of Portal like game for VR while others believe that the next Half-Life 3 will be VR integrated. Anything is possible at this point as there was no clear answer.

Another redditor named GoodCrossing asked Gabe, “Is Valve interested in making a full game experience for the Vive? The Lab was great but we’d all love to get a full Valve game.” Gabe responded by saying, “Yes. We think VR is pretty important as a tool for interesting games.”

Valve is a huge component to the gaming community and draws a lot of attention by serving as a marketplace and a gaming studio. With just the questions that Gabe Newell and his fellow team members answered, there’ll be a lot to look forward to in terms of VR content.