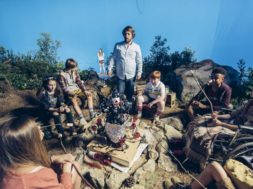 Oculus has been partnering up with some phenomenal companies to deliver us quality content in 2017. This year alone we’ve seen the release of Robo Recall by Epic Games and Lone Echo by Ready at Dawn studios for the Rift. Today, we’re hear to deliver more exciting news as Oculus will be teaming up with Future Lighthouse in producing a spooky VR horror anthology called Campfire Creepers. This unique series will be directed by The Hills Have Eyes director, Alexandre Aja whose wild imaginations have been able to spook us a time or two.

Similar in concept to “Are you afraid of the dark,” adolescents will be sharing scary stories based on urban legend myths of the 70s and 80s. The viewers will join a fire circle at Camp Coyote and relive their vivid imaginations through a unique set of immersive experiences.

And to make the series even more special, one of the episodes will include a special guest appearance by Robert Englund, known for his legendary turn as Freddy Krueger.

In each episode Alexandre Aja and Future Lighthouse will push the boundaries of VR to tell stories in a compelling way like it’s never been done before. Rafa Pavon, Creative Director at Future Lighthouse told us how they’ve had to utilize new camera movements in order to deliver something of this magnitude. Everyone on set had to wear some type of camouflage to blend in with the environment and redefine the meaning of “North” when it came to filming.

Campfire Creepers is currently in post production and the first episodes will be released this Halloween exclusively in the Oculus Store.