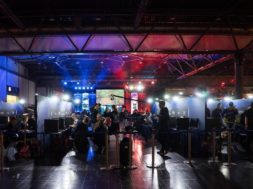 The industry of eSports has been growing exponentially over the past few years. While the traditional way of playing competitive sports is still very dominant and has a wider fan base eSports is slowly becoming more mainstream. It is estimated that over US$ 800mn revenue will be generated in by the end of 2018.

As the eSports industry has grown rapidly in recent times and has become much more organized big events are held for competitive eSports and they are live streamed for hundreds and thousands of people watching at home. Due to such high level of organization betting on eSports is also becoming popular. And if you are interested in eSports and betting it is better to have a trick or two up your sleeve.

It is a common perception that gamers are lazy, that they just sit all day and play without any sort of physical activity. The coming together of eSports and VR might be about to change that perception.

Although it is not right to call gamers lazy even if there is no physical activity because the mind is constantly at work while playing games. It is also an undeniable fact that at least some physical exertion on a daily basis is extremely important for human body. The introduction of VR in eSports will change the flawed perception about gamers forever.

The games have become very interactive nowadays where motion tracking sensors are used along with the VR. The character the gamer is supposed to control is not controlled by a remote controller anymore. Instead the gamers’ body movement is tracked and registered as a command. So if the gamer jumps in real life only then will his virtual avatar jump.

The complex tasks in games such as RIGS: Mechanized Combat League requires a high level of physical activity. As a result professional gamers can’t afford to be physically unfit if they want to remain in business. In the not so distant future VR eSports might even be called gaming for the sporty people.

What future holds for VR eSports

A new term is being tossed around in the eSports industry ‘cyber-athletics’. The term came into being because of the interactive nature and the complex physical activity required for VR eSports.

Global leaders in eSports and game developers who create VR based games want to take VR eSports to the next level. New arcades are being built especially for VR gaming. Intel is the frontrunner in this industry. The company had organized the Katowice competition in 2017 which was attended by over 173,000 people and forty-three million more watched online.

With the help of VR the eSports industry is witnessing a significant growth. Today gaming is not just a pass time it has become a source of livelihood. Shenandoah University, having recognized that, has become one of the first universities in America to offer a Bachelor of Science degree in eSports.