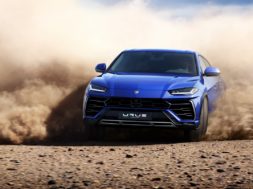 Every month we release a few interesting stories that are non-VR related for entertainment purposes. Today, we like to introduce you to the Lamborghini Urus. This is a sports SUV built by the famous auto-maker known for creating some of the flashiest sports cars today.

The Urus comes well equipped in horsepower and performance. The car boasts a 4.0 liter V8 twin-turbo engine with 650 hp and 850 Nm of torque for maximum performance. The car can accelerate from 0-60mph in 3.6 seconds. The Lamborghini Urus also features a 4WD system with active torque vectoring and four-wheel steering for better handling.

For brakes, its comes wrapped with Carbon ceramics with adaptive air suspension and active roll stabilization for safety and comfort. There are six different drive modes in the vehicle with something called the ‘Tamburo’ driving dynamics selector.

“The Lamborghini Urus is a visionary approach based on the infusion of Lamborghini DNA into the most versatile vehicle, the SUV. The Urus elevates the SUV to a level not previously possible, the Super SUV. It is a true Lamborghini in terms of design, performance, driving dynamics and emotion as well as drivable every day in a range of environments,” says Stefano Domenicali, Automobili Lamborghini Chairman and Chief Executive Officer. “The Urus fits perfectly within the Lamborghini family as a high performance car. It is the culmination of intensive development and passionate skill to create a new breed of bull: a Super SUV that transcends the boundaries of expectations and opens the door to new possibilities, for both our brand and our customers.”

When it comes to looks, the Lamborghini Urus looks quite edgy. It has those flashy lines that give the signature lamborghini look and curves that bolden the identity of the car. The grills look quite aggressive with lines on the edges that resemble a “playoff bracket.” The headlights have the daytime LEDs running and look quite lean, similar to other lamborghinis. 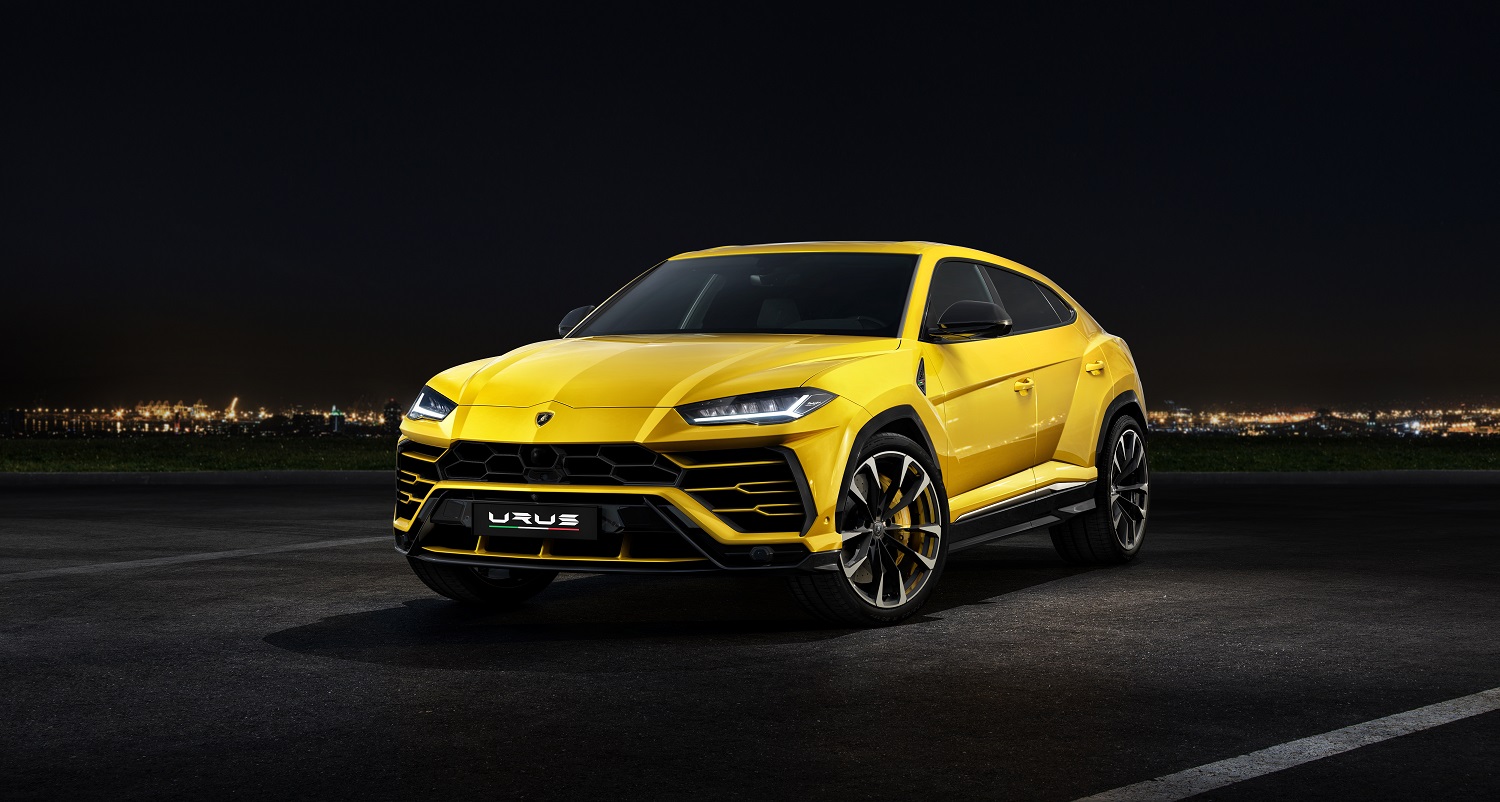 But for some reason, the Lamborghini Urus doesn’t provide me with the “WOW” factor that the Huracan or Aventador have. Rather, it looks like a sports sedan with a lift kit on it.

If you look at the hood of the Lamborghini Urus from the side, you can see that similar Huracan outline. It as those particular curves and edges that give it the aggressive look. But when you look at the body and door side of the car, it looks quite foreign from the ordinary Lamborghini designs. I’m not the biggest fan of it but maybe you are. 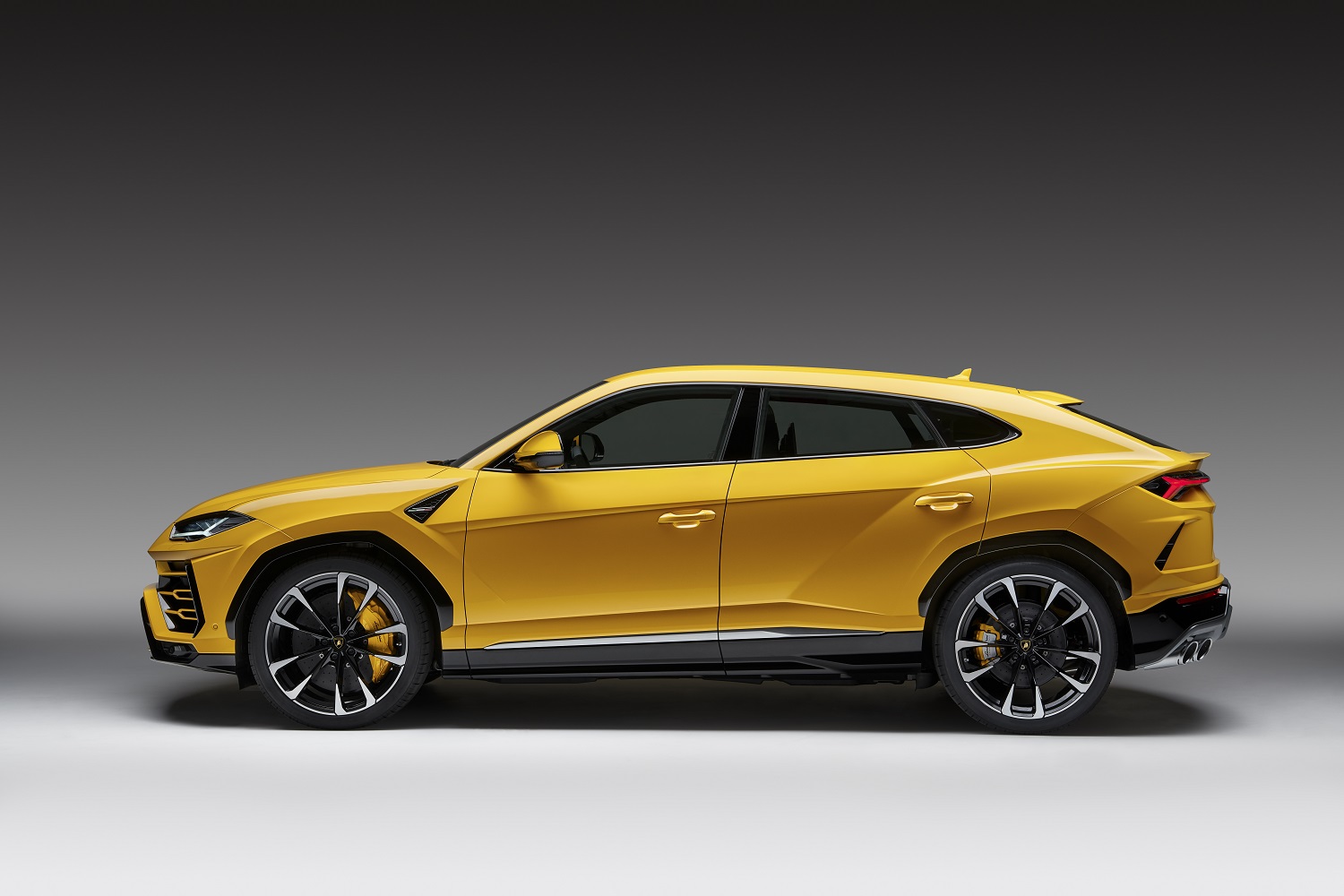 The rear end from the side view looks nice though. It has those crazy edges that make it look stylish and futuristic. The tail lights also look really nice on the car with it poking out from the car.

From the rear view, the Lamborghini Urus has some resemblance with the BMW X6. It has that fat back trunk door with small windows that give it the edgy design. The SUV comes equipped with 4 exhausts which looks nice and a classy Lamborghini emblem in the middle. 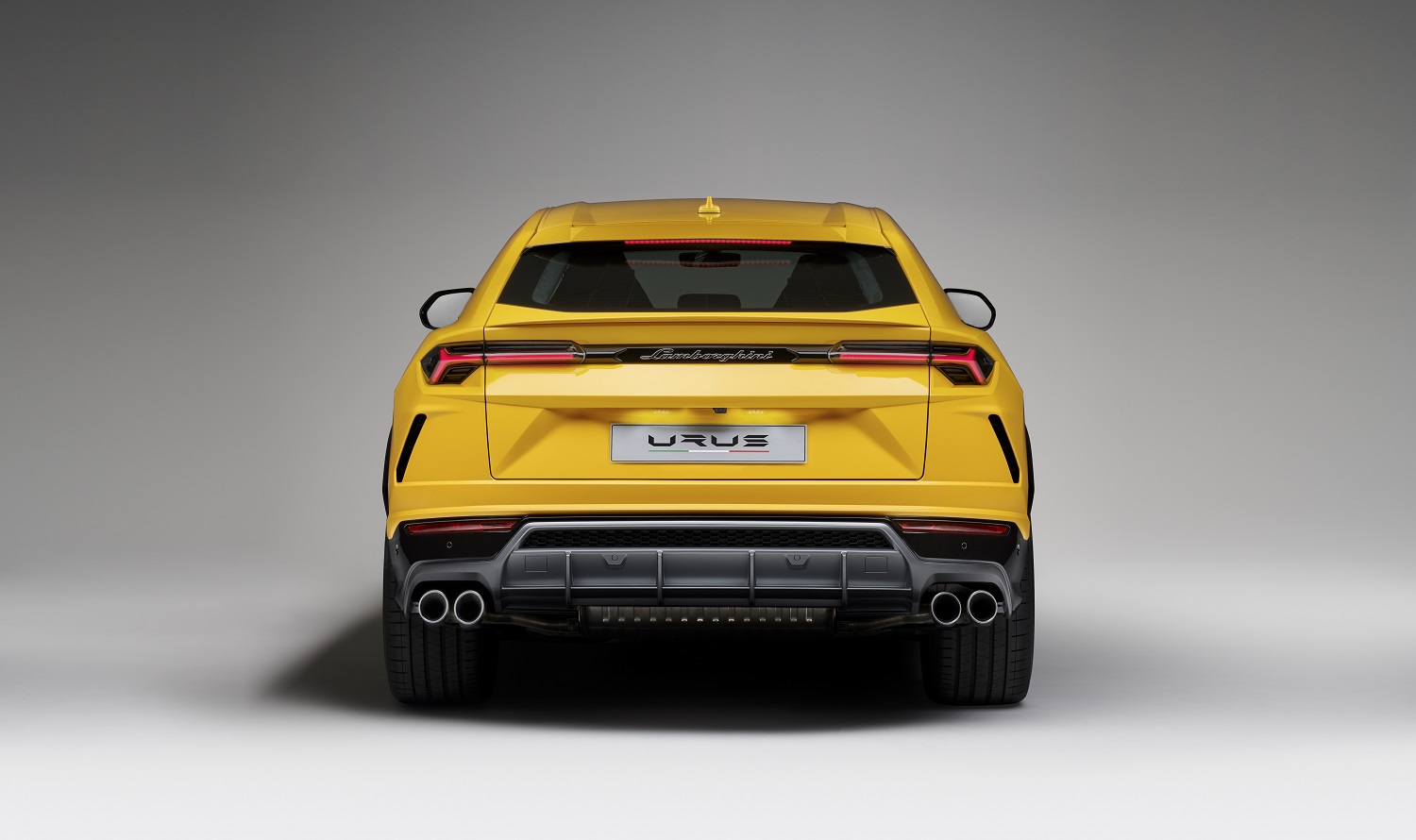 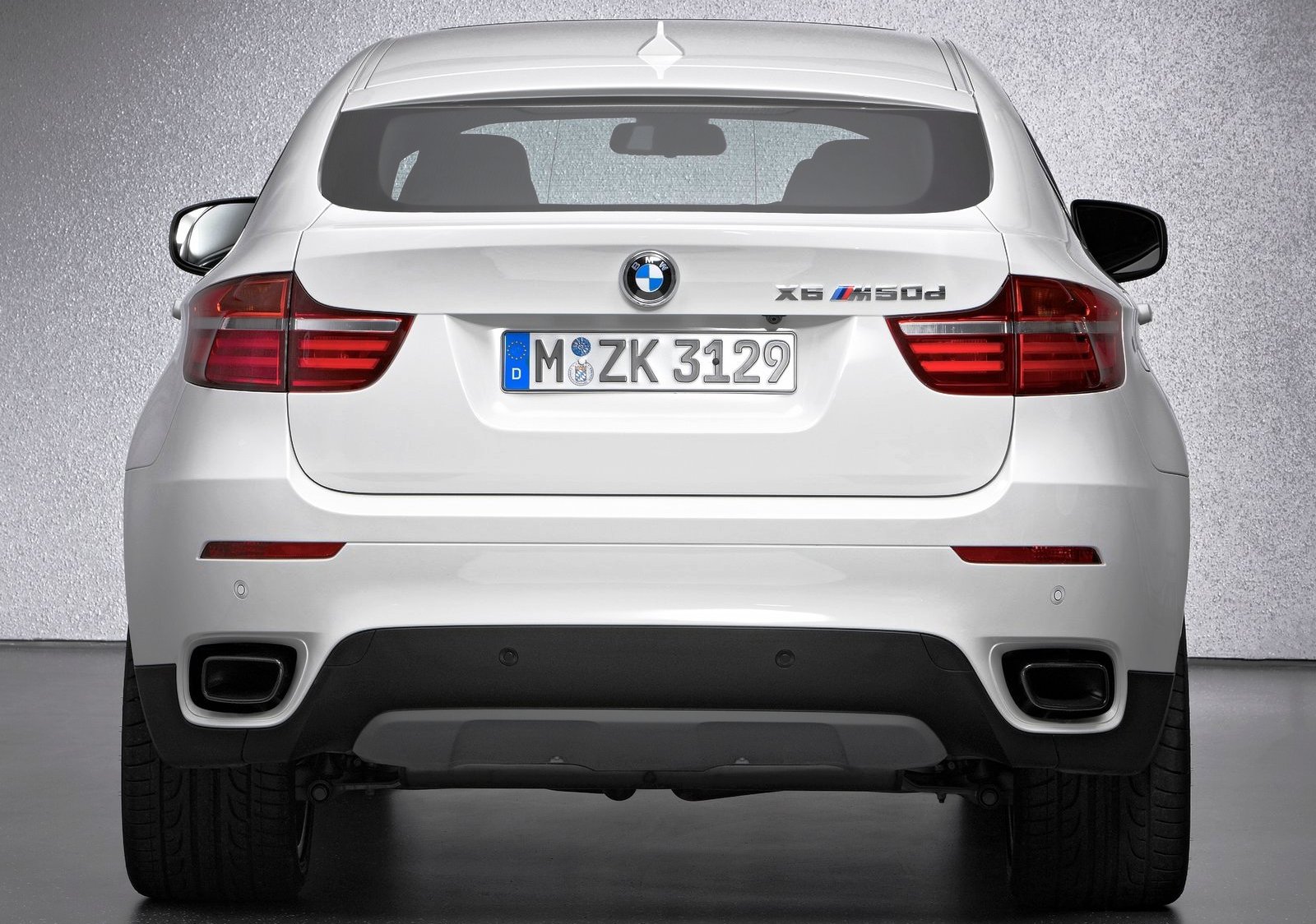 The rear end of the car makes it look aggressive and sporty looking for an SUV.

The interior inside the Lamorghini Urus looks quite lavishing. It features that signature ignition button with the red cap and a sporty steering wheel for maximum performance. Some of the dashboard looks to be made out of carbon fiber which adds some extra points to the interior design. 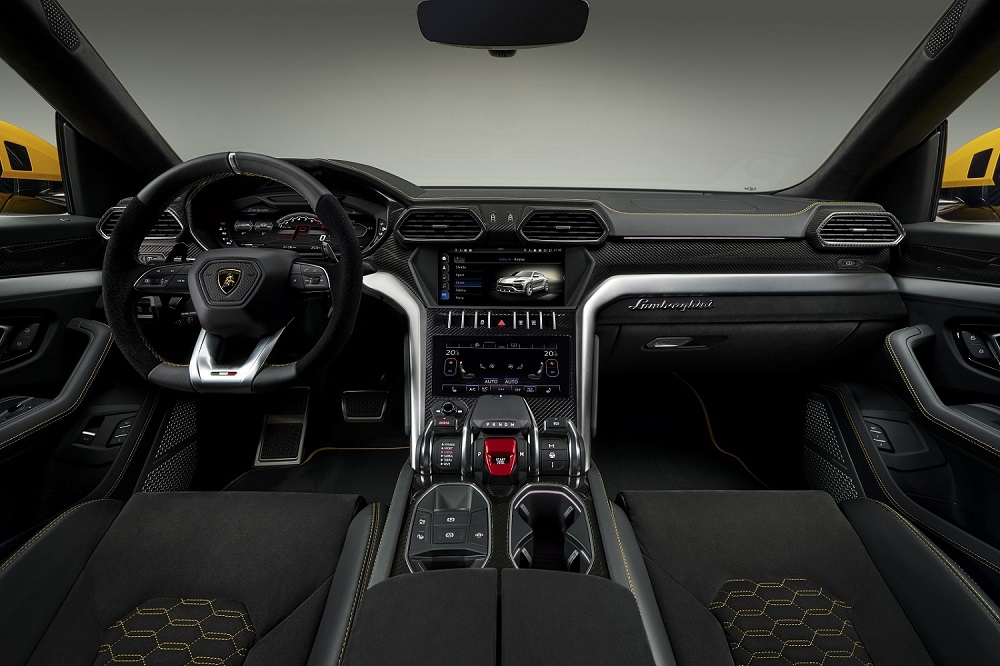 The stitching and patterns inside the car also looks great. It adds that little flair to the small designs and details that everyone enjoys. Overall, the Lamborghini Urus interior looks great.

As far as price goes, the Lamborghini Urus is expected to start at the $200,000 mark. That’s quite expensive for an SUV but it is a lamborghini. The car is also expected to cost much more than that with added options. So overall, a buyer is probably looking at $250,000 to $300,000. It probably will cost even more.

Also, the Urus wasn’t made for people like me. It was made for people who can easily drop this kind of money for a luxury good. The Lamborghini Urus is expected to go on sale starting Spring of 2018. Let us know if you’re rich enough to purchase one as I’d like a test drive.