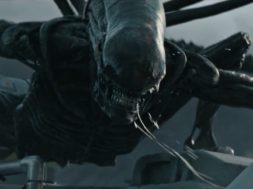 Fox has announced that through their subsidiary branch focused in VR, FoxNext, they’ll be releasing a free roam virtual reality experience themed around the Alien franchise. This new VR activation is similar in concept to The Void or Velocity VR where multiple people gather in an arena to share an immersive experience. Using props and state of the art equipment, you’ll be engaged in combating enemies with your friends.

According to The Hollywood Reporter, this new VR game will be hosted in a 2,000-sq.-ft. free-roam environment for four players. Everyone will wield a prop resembling some sort of futuristic weapon that provide haptic and motion tracking. The designed environment, when finished, will also provide environmental effects such as heat, mist, motion platform, and other various elements of nature.

“There’s an incredible opportunity to marry this with what we’re doing in VR and bring VR to locations,” FoxNext president Salil Mehta told The Hollywood Reporter. “We have an incredible property in Alien and with the timing of the movie and the experience, we can make something genre defining.” On top of this newly announced VR activation, Mehta also mentioned that they are looking at other various properties to create a VR experience around. One of the possibilities could be Avatar.

“In location based entertainment, we are doing a lot already,” said Mehta. That will include developing experiences for the 36-acre Fox World Malaysia, which is slated to open in 18 months. Planned attractions include those related to franchises including Alien, as well as Night at the Museum, Ice Age and Planet of the Apes.

Themed VR attractions seem to be quickly hitting the market. Look for this new Alien VR arcade to release later this year.