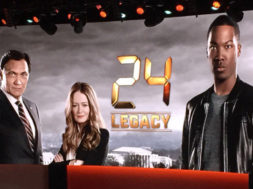 The popular show 24 is gearing up for a new season with the Legacy series premiering on Fox on Feb. 5th. To amplify the marketing around the new series, FOX partnered with Samsung to release a VR experience on the Samsung Gear VR before the shows premiere.

The 24 VR experience called Raid (On Samsung VR Site) takes place 9 months prior to the new series. You’ll be set at the epicenter of the Special Forces raiding against the compound of terrorist leader Bin-Khalid. The 360 experience lasts about 6 minutes and is packed with quality content.

You can also choose to simply watch it on the web. We don’t recommend this way as you won’t get the same experience as watching it in VR. The plot in this experience doesn’t play a huge role in the series. However, the overall outcome does for the new Legacy series.

Kiefer Sutherland’s who played the role of Jack Bauer on 24 won’t be the star of the new series. Instead it will star Corey Hawkins who plays a role as an ex-army ranger named Eric Carter. He’ll be getting hunted down by a group of terrorists after the incidents which occurred during the Raid VR experience. This is surely a 360 VR experience worth watching if you are a fan of the 24 series.