Fove Looks To Be The First Eye-Tracking VR Headset 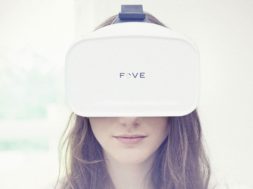 Fove Looks To Be The First Eye-Tracking VR Headset

With so many companies coming out with their iteration of VR headsets, it’s hard to keep track of what they’re all capable of. Luckily, we’re here to manage all of that. Today we’d like to introduce you to the first ever eye-tracking VR headset called the Fove (name from “foveated rendering”). This ultra capable headset will be able to provide precision in the virtual world. With the eyes guiding your line of sight in VR, Fove looks create a simpler experience from the rest of its competitors. 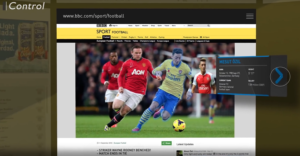 Fove also looks to dominate the level of control with eye-sight in VR. With the capabilities of eye-tracking technology within the headset your level of movement will drastically increase in speed and precision. They also look to create easy navigation on the web with their technology. Just by simply looking at certain points on the browser, you’ll have the ability to click and interact with the webpage.

The Fove will be open sourced and allow developers to create experiences and games specifically designed for eye-tracking technology in the virtual world. The headset will also be able to play VR games that are available on the Steam VR store.

The company’s founder Yuke Kojima and co-founder Lochalainn Wilson’s started Fove with the backing of Kickstarter’s community in May of last year. With their goals achieved, they’ll be finally shipping these headsets to their backers starting next month. They’re also available for pre-order through their site starting at $549. You’ll have the option of choosing from a black or white model for the Fove headset.

We look forward to seeing how eye-tracking technology will shift the movement and ideas within the fast growing VR industry.