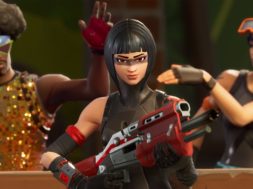 When it comes to gaming, Fortnite is reigning supreme right now. With the highest Twitch streaming time and one of the largest concurrent userbase, Fortnite has the means to continue uptrendring. And to keep the game fresh, Epic Games has announced a new mode in the game called the Teams of 20.

There will be 5 teams of 20 in this new PvP mode where you will duel it out until the end. While the game is already hectic as it is, you will now be competing against four other teams to come out victorious. This will involve strategy, communication, and definitely some aiming skills. There are also many other updates to look forward to.

Epic Games has stated that the new game mode will be releasing tomorrow, March 8th. Make sure to check out the new PvP mode called the Teams of 20 tomorrow.