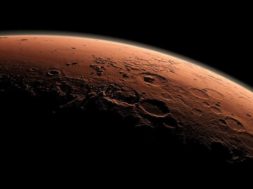 NASA has been hard at work in discovering new terrains on our friendly neighborhood planet, Mars. They’ve been able to send over a state-of-the-art space rover called Curiosity back in 2012 which has been roaming the red planet ever since. With all the new fascinating things that Curiosity is discovering, NASA wants you to see some of its findings through VR.

The National Aeronautics and Space Administration has developed a 3D landscape using over 200,000 photos that Curiosity has captured and sent over ever since it landed on Mars. Now, they want the public to see its full environment through an immersive experience called Access Mars.

In partnership with Google, the NASA JPL team was able to launch this initiative and allow everyone to see the terrain and landscapes of Mars right from your desktop or VR headset.

“We’ve been able to leverage VR and AR technologies to take our scientists to Mars every single day,” said Victor Luo, lead project manager at JPL’s Ops Lab. “With Access Mars, everyone in the world can ride along.”

The cool thing about this initiative is that the NASA team will continuously be updating “Access Mars” so that we can see where the rover is right now. “Immersive technology has incredible potential as a tool for scientists and engineers,” Luo said. “It also lets us inspire and engage the public in new ways.”

Access Mars was built on Google’s WebVR in an effort to expand access for the curious minds. There is still a barrier to entry when it comes to VR headsets so NASA wanted to provide an option that provides free access to an immersive experience of Mars as long as you have internet access.

It’s quite amazing what we accomplish using VR technology. NASA has provided us with a great example on how the technology can be applied in various aspects outside of gaming.

There have been various Mars VR experiences in the past but this Access Mars is particularly different because it allows us to see up-to-date landscapes of the red planet in an immersive setting. Make sure to check out the immersive experience of Mars through the eyes of the Rover today.