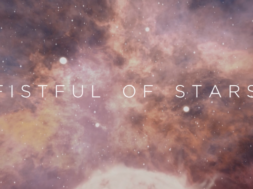 Space and virtual reality is becoming a common theme amongst the creative and developer industry. We’ve been witnessing some great experiences and titles that take our minds beyond our comprehension and into the imaginary world built by the dreamers. Eliza McNitt will be making a similar attempt with Fistful of Stars.

At this years SXSW festival, she’ll be debuting this virtual reality experience where the audience will have the pleasure of embarking on a space journey to the Orion Nebula. There, you’ll witness a star being born amongst the cosmic universe. And in this beautiful storytelling experience, you will be unraveling the cosmic connections between humans and the stars in space.

Fistful of Stars was first screened as a part of The Hubble Cantata live event where a musical performance was infused with a virtual reality project, taking place in Brooklyn, New York. 6,000 people were in attendance at the event where viewers strapped on a pair of Google Cardboard headsets and witnessed the rise of the star, far away in the Orion Nebula. 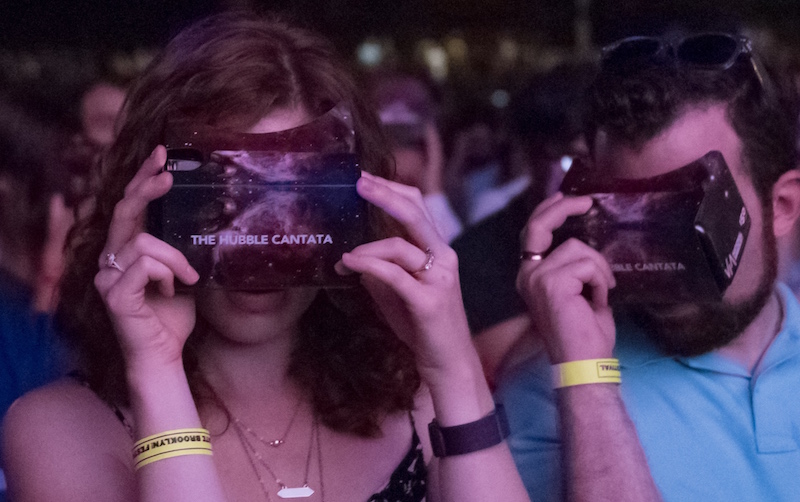 The current version of Fistful of Stars will have improved quality and depth, from the one witnessed at The Hubble Cantata live event. It will feature new stereoscopic 3D recordings and other aspects to enhance the virtual experience. Her goals and endeavors for this project revolve around the mission to take people on a journey through space.

The content length is quite short, but packs a heat of emotions. You’ll initially start the VR experience by orbiting around Earth. From there you’ll start to make your way over to the Orion Nebula through the lens of the Hubble telescope where it’s scientifically rumored to be the birthplace of stars. And while the VR experience doesn’t show any human beings, you become passionate about the stages and cycles of life.

Fistful of Stars will be released in June for the Gear VR, in partnership with Vice and Samsung. This particular VR experience will surely rattle the space enthusiasts