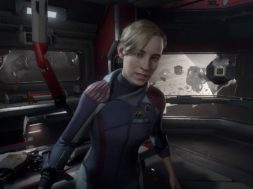 Last year, Ready At Dawn won the VR Game Of The Year for Lone Echo. Today, the studio has announced the follow up title to the VR title with Lone Echo II.

Jack and Liv are back in the highly anticipated sequel to the groundbreaking zero-g adventure from Ready At Dawn and Oculus Studios. Return to the rings of Saturn on a journey that takes you deeper into the mysteries of space—past the very boundaries of time itself. Venture beyond the unknown in Lone Echo II.

There isn’t an official release date available yet for Lone Echo II but we expect it to launch some time next year in 2019. The trailer itself showcases the beautiful graphics and artwork behind the Lone Echo franchise and we get to experience Jack and Liv once again.