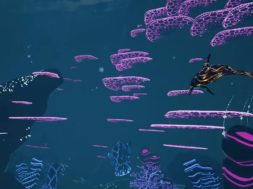 This is a unique game where PSVR users will play as Jupiter who is a dolphin with enhanced echolocation powers. You will be traveling with a companion named Mars to solve puzzles, encounter magnificent creatures known as the Elders, and travel around the world to disable the remnants of man-made machinery disrupting marine life everywhere.

In the trailer you’ll get to see these creatures light up in neon colors and enjoy the deep sea as an ocean mammal. The soundtrack seems to be quite addicting as well. There doesn’t seem to be a set time yet for Jupiter & Mars but we expect it to release some time in early 2018.