First Look: Here’s The Next Iteration Of The Samsung Gear 360 Camera Shooting At 4K 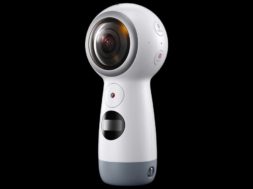 First Look: Here’s The Next Iteration Of The Samsung Gear 360 Camera Shooting At 4K

Samsung released their first 360 camera called Gear 360 just last year and the company is now back today at their Unpacked event to reveal their next iteration of the camera.

The new Gear 360 is full of upgrades that improves quality and the overall design of the camera. It will come equipped with two 8.4 megapixel image sensors that can capture 15MP images. It will also be able record at 4K for higher quality and a more immersive experience. While the spherical design is similar to the first generation, you’ll find that the new Gear 360 comes with a handle portion only weighing 130g. The device will also be able to connect via Wi-Fi, Bluetooth, and USB 2.0. 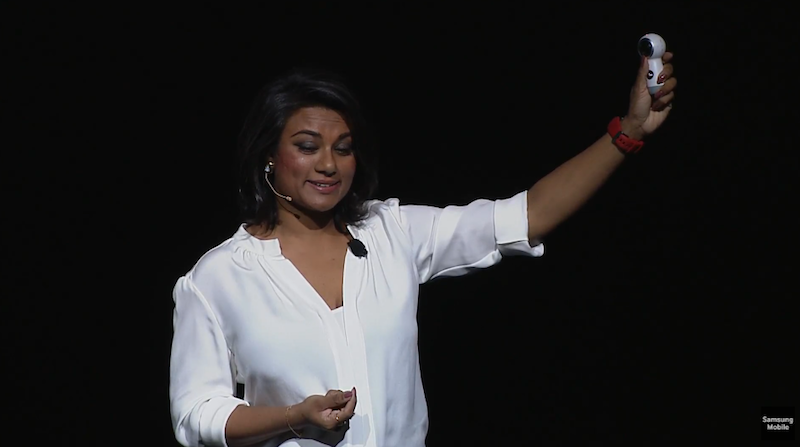 The new Gear 360 will also be able to pair with your smartphone to control it remotely and see the video in real-time. And through the app, you’ll be able to stitch images, edit the images, and share it on the go. Samsung also made a goal of their new product to be socially shareable on platforms such as Facebook, YouTube, and their own platform.

Samsung envisions their new Gear 360 cameras to be the future of storytelling through its immersive video capturing technology.

“As consumers turn more to video to share their experiences, we want to deliver accessible and innovative products to make digital content easier to create, share and stream,” said Younghee Lee, Executive Vice President of Global Marketing and Wearable Business, Mobile Communications at Samsung Electronics. “The updated Gear 360 will continue to expand the horizons of what consumers can experience and share.” 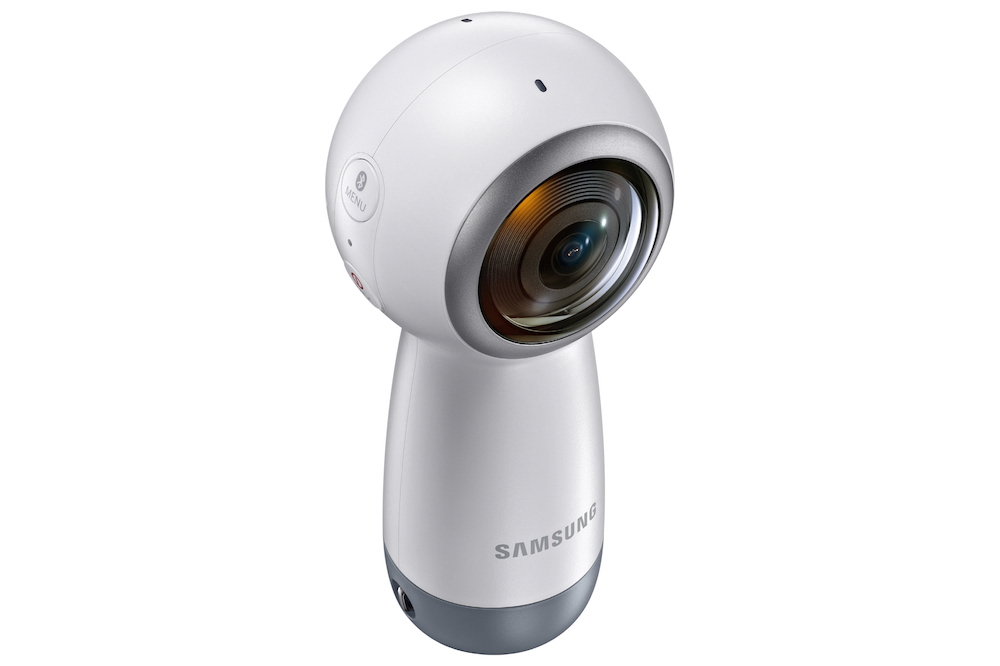 Something cool that the company did was give everyone in the audience the new Gear 360 camera to socially share their experiences. The company hasn’t yet announced the release date nor price of the new device. Samsung isn’t currently facing any competition from its rival company, Apple.