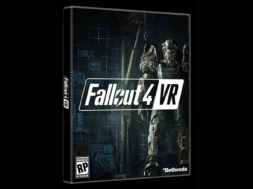 Fallout 4 VR is currently set to release in December of this year where we’ll have access to some immersive gameplay in the plagued nuclear world. Arriving on HTC Vive, you’ll be able to take control of the main characters Nate and Nora to combat the outbreak.

But according to reports from VRFocus, we have learned that Fallout 4 VR will not come with any add-on gameplay or DLC’s at launch. This is in order to focus “on the core game experiences for VR.” This doesn’t mean that they’ve ruled anything out in the future when it comes to DLCs.

Currently, there are a plethora of DLCs available for the regular Fallout 4 game including “Automatron” and “Far Harbor” that adds new content to the game’s story. There are new places to explore and new missions to take on on these DLCs.

Fallout 4 VR will bring back refreshing memories in a more intimate setting when users play the game through the VR headset. People will be entrenched in the world where they’ll be seeing enemies coming from the distance that can provide quite a startle.

Bethesda will also be releasing two other VR games by the end of the year including Skyrim VR and DOOM VFR. Bethesda has stated that Skyrim will contain all previously released DLCs while DOOM VFR is more of a off-spin title to DOOM 2016.

We’ll be providing more updates to this story during the longevity of this year’s Gamescom 2017. Make sure to stay tuned.