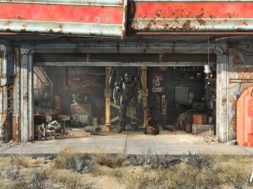 Fallout 4 VR was recognized as the top selling VR game on Steam last year in 2017. The Bethesda published game recorded an estimated 74,952 sales last year which rounds up to around $4,475,520.00. To continue the success of the VR game, Bethesda has released the Fallout 4 VR 1.1.24.0 Steam Beta Update which comes with many improvements and new features.

One of the most important updates and features was added in the scope support. You will now be able to look down the scope and actually see your targets in an enlarged format rather than seeing a giant black spot.

For anyone having issues with the trigger through the new update, add this to fallout4custom.ini. [credit: hellstorm102]

If you prefer a hair trigger that you cant keep mashing while its still kinda depressed, use:

Instead. (this is a brand new ini setting that came with the beta patch)