Fake reviews seem to be on the rise on the Oculus store.

There are hundreds of VR games and experiences to choose from on the Oculus marketplace. To become a little more competitive or to have an edge over other games, we might be seeing people and developers write fake reviews for their title.

Recently, users matt90410 and thekthepthe3 on Reddit picked up on the deliberate attempts of people trying to create fake reviews for their VR games. Whether they were hired from third party companies or written  themselves, we can see a bunch of low quality reviews for particular games giving them 5 star ratings.

For example, one particular review by kaj11 reads, “wow, the best shooter of its kind. yes even for such a penny! the game just surpasses all competitors in this genre! gorgeous!

Another review by BeeFree1980 reads, “wonderful game. this endless shooter does not let you get out of the game! developer of many thanks for such a great game for such little money!

Most of the reviews do not go in-depth about the game or the particular experience itself. Rather, they provide a general overview that can be repeated for any other title on the Oculus Store.

An alternative solution to combat these fake reviews would be to do something similar to what the Steam marketplace does. Anyone who reviews a particular title shows how many hours they have played a game. So when someone writes a review of the game, we know that the person has actually invested some hours into it and they provide their feedback about it.

Users and community members should also be able to upvote and downvote reviews dependent on the quality of a review. This would help mitigate some of these issues that seem to be occurring on the Oculus marketplace. 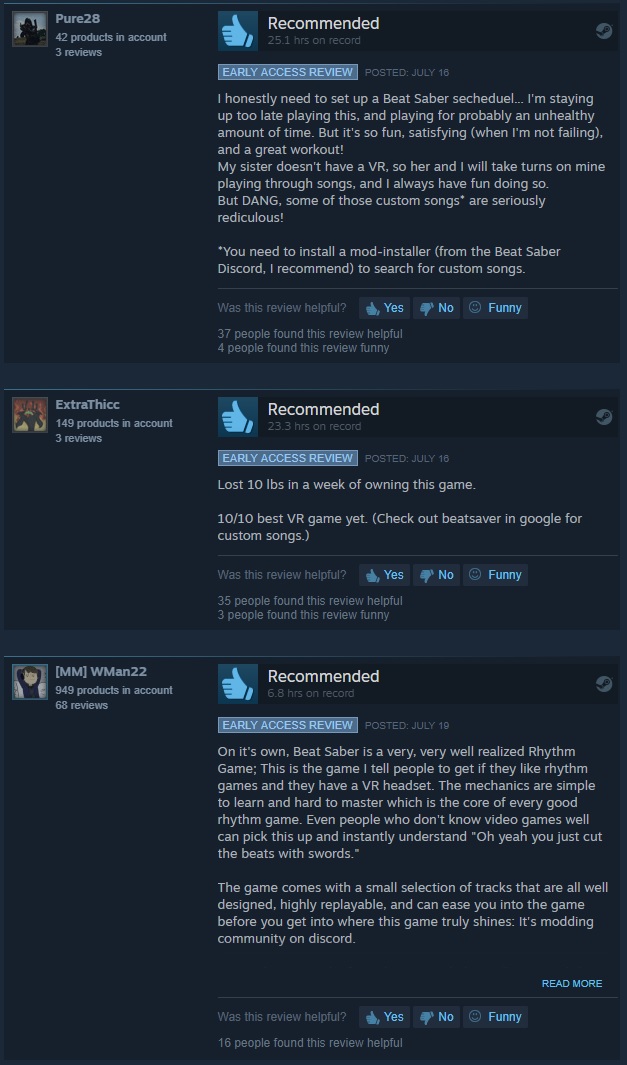