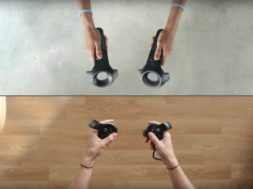 Facebook has announced that starting today, both Oculus Rift and HTC Vive users will be able to hang out and access Facebook Spaces through a cross-platform unison.

The VR community has somewhat been in a disarray these past few months where the Vive community and the Oculus community were both being given exclusive content without cross-platform accessibility. Facebook looks to cure some of that problem by allowing Vive users to have access to their social VR platform.

Mark Zuckerberg has been a huge advocate for VR and believes that social VR is the way of the future. While modern VR is still a new technology, we are seeing the infrastructures of its identity being built out today.

“Facebook Spaces is a place where you can be in-person with friends and family in VR, having a fun and meaningful experience, no matter where they are on the planet,” said the Facebook team.

In the video above you can see that both Vive and Rift users being teleported into the virtual world. The Vive version of Facebook Spaces is the same as the Oculus Rift version.

“In the new app, Vive owners will find all the same fun features as the Rift version—you can create your own avatar, view Facebook photos and 360 videos, play games, draw with markers, go Live, make Messenger video calls, and (my favorite) take awesome selfies, said Rachel Franklin, Facebook Head of Social VR. “Plus it’s cross-platform compatible, so Vive users can also hang out in Spaces with friends who use Rift.”

Facebook Spaces is available for free today and you can download both the Oculus Rift version and HTC Vive version here. As of now, we see VRChat leading the race as far as Social VR goes but we look to see the social media giant push its way forward in the near future.