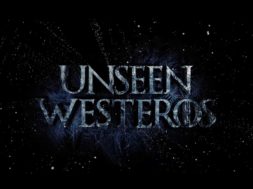 Game of Thrones is right on the cusp of entering its greatest war with the battle of Winterfell. So it seems like the perfect time to check out the world of Westeros in an immersive setting before that battle begins.

Adobe has teamed up to provide an immersive 360 VR experience for fans to check out some of the world based around the book and lore. Users will be able to explore the previously unseen castles and landscapes of George R.R. Martin’s ‘A Song of Ice and Fire’ novels in a new exhibition. ‘Game of Thrones‘ artists have brought to life the Basilisk Isles, Valyria and other mysterious locations for the first time in Unseen Westeros.

Here are the 9 locations you can see in the immersive 360 experience: