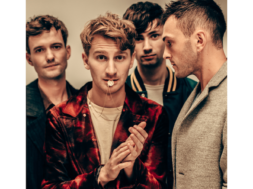 Glass Animals are currently one of the hottest bands in 2017 that’s brought together talent, creativity, and innovation in one package. Officially debuting in 2012 with their first EP, Leaflings, the band has led a courageous frontier in creating new sounds for the music industry.

Bandmates Bayley, Seaward, MacFarlane and Irwin-Singer first came together while attending university in oxford in 2010. Their first live performance took place at Oxford’s Jericho Tavern on April 9th of that year.

In present time, Glass Animals are playing on the biggest stages all across the world. The band was present at this year’s Coachella Music Festival capturing hearts of  their fans (current and new) with their musical talent. Right now, the band is on a massive tour in Europe performing in front of hundreds of thousands of people. I had the fortunate chance to catch up with Dave Bayley, Lead Vocalist for Glass Animals, and talk about their rise to success. Below, we discuss their latest album (How to Be a Human Being), Coachella, their current tour, and virtual reality.

Dave Bayley has been gifted with a voice to command attention of people all over the world. Their songs transcend barriers of language and unite people with the power of music. Bayley described to us the beauty of being on tour and performing their songs in front of fans across different continents. “We’re already 9 weeks into the tour. We’ve done South America, North America, and we’re now in Europe. Then we’re heading back to North America,” he stated. “This was our first time in South America and people were amazing. I actually broke my ankle while I was out there.” 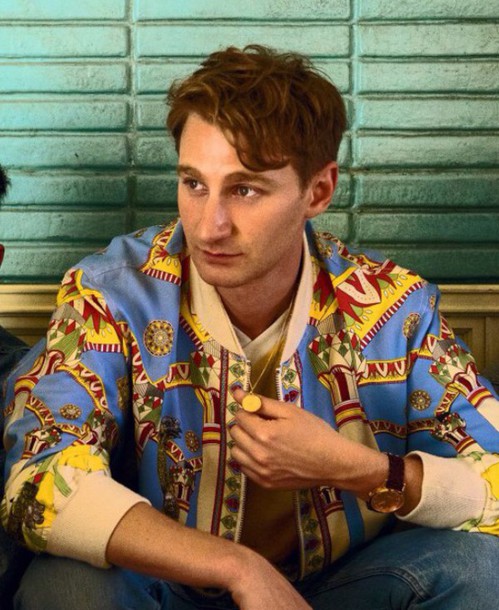 Bayley also mentioned to us the beautiful atmosphere of Coachella. While 2017 wasn’t his first time making an appearance at the music festival, it still brought out an amazing sensation for the band. “It’s a good mixtures of genres. A lot of great British music coming over (to Coachella). Radiohead headlining.”

The scope of talent that’s present at Coachella also makes it very special. Bayley talked about how he sometimes gets star struck at this particular music festival. “I turned around (while performing) and Tyler the Creator was watching.”

After the band wraps up their tour around Europe, they’ll be heading back to the states to showcase their music at different cities and music festivals. They’re particularly looking forward to their show in Kansas City. “I’m really excited,” Bayley stated. “Those are going to be some of our best shows we’ve ever done. Our biggest headline show we’ll have played will be in Kansas City. I’m really excited!” He also mentions how he’s looking forward to the summer music festivals such as Lollapalooza and of course their performance at Red Rocks in July.

I also talked to Dave on his familiarity of virtual reality first asking him if he’s ever tried on a VR headset. “I have! I’ve certainly have,” Bayley said. “It’s great. It’s probably going to end up changing music quite a bit.” Bayley has seen how various musicians are currently using the technology to tell unique stories. So we asked him if he can see Glass Animals using the platform to tell stories as well. “We’ve dipped our toes in a little bit,” Bayley answered. “But right now it’s definitely an expensive thing to do. It’s fine for Gorillaz to do it. The Weeknd, Frank Ocean did it. They’re not cheap, It’s not readily accessible for every band to do.”

Hearing famous artists talk about how VR is going to change the landscape of music is quite interesting. Technologies such as virtual reality have the disruptive power to influence different industries. Trend setters such as Glass Animals have recognized that VR is shifting the ability of storytelling and music as a whole.

For those of you planning on visiting Austin in the near future, Dave Bayley left us with a great tip on where to visit. “If you want an authentic experience of Austin go to White Horse Bar.” You wont be disappointed.

Below is a list of their upcoming show dates in Europe and North America.