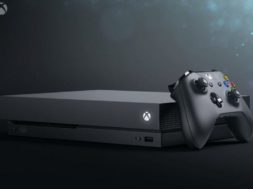 Sunday for Xbox marked an important day where they released information on their new console called Xbox One X (formerly known as Project Scorpio). Priced at $499, 449 pounds, 499 euros, CA$599 and AU$649, Xbox is looking to make big movement in the gaming industry by allowing gamers to play in 4K and VR.

“Xbox empowers game developers large and small to create different types of games for every type of player,” Spencer said. “Not only do we have the biggest cross-platform blockbusters on our platform, we’ve also scoured the world to bring our fans unique content from creative artists that capture the imagination.”

Spencer announced that Xbox will expand the Xbox One backward-compatibility library of nearly 400 popular Xbox 360 games to include original Xbox classics, starting with fan favorite “Crimson Skies.” Xbox also revealed that “Gears of War 4,” “Forza Horizon 3,” “Minecraft,” “Resident Evil 7,” “Final Fantasy 15,” “Tom Clancy’s Ghost Recon Wildlands,” “Rocket League” and dozens of other popular Xbox One games will receive free updates to take full advantage of the power of Xbox One X. A host of these titles will be enhanced to run in true 4K, and many will be available at Xbox One X launch.

Introducing Xbox One X
Xbox One X was created to deliver uncompromised power, ultimate compatibility and design excellence. It’s both the most powerful and smallest console Xbox has ever built.

Games coming to Xbox One X: