EVE: Valkyrie Will Be Available On HTC Vive This November 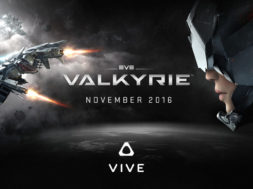 EVE: Valkyrie Will Be Available On HTC Vive This November

The EVE franchise has been a stable name in the VR industry since the launch on the Oculus Rift. The game takes you into space where you get to battle against aliens and foreign creatures. Now the hit franchise will finally be making its way on to the HTC Vive. They have announced their plans to release EVE: Valkyrie on Steam for Vive users to enjoy.

There isn’t an exact date for the release but its been promised by Lead Game Designer Andy Willans (CCP Roo) that it’ll be coming some time in November. The EVE team did not mention if there’ll be a difference between the Oculus Rift design and the HTC Vive design to the game. The aspect they would have to address is the room tracking for the Vive. With the ability and freedom to move around with this particular headset, we imagine that they’ll have to put some sort of boundaries within the room tracking boundaries (sounds kinda weird). We wouldn’t want people piloting their warships outside of the cabinet in space now would we?

They also hinted that something amazing will be unveiled during Sony’s PlayStation Experience event taking place on December 4th. With PlayStation’s newly released VR headset we imagine EVE has something up their sleeves for the fans. We look forward to seeing what they’ll be unveiling then.