EVE: Valkyrie Is Now Available For HTC Vive With Some Exclusives 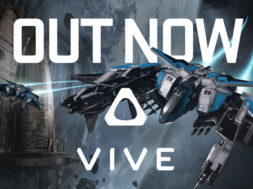 EVE: Valkyrie Is Now Available For HTC Vive With Some Exclusives

EVE: Valkyrie has been available on VR for quite some time now with its first release coming to the Oculus Rift. Overall, it garnered positive reviews as many gamers are infatuated with interstellar combat in outer space.

Today, CCP announced that EVE: Valkyrie is available now on HTC Vive through the Steam Store. With this announcement, this space fighting game is playable on all the major headsets including the Oculus Rift, HTC Vive and Playstation VR. But CCP has made it clear that there’ll be exclusives to the HTC Vive versus all the rest including a legendary ship, pilot suit and gold bonds.

But HTC Vive owners seem to be unhappy with the pricing as the game is currently available for purchase at $59.99. With the game being a repetitive release, they believe the content doesn’t justify the cost. They also believe the content isn’t worthy of that price tag. So people on social media are saying they’ll wait until the price drops for EVE: Valkyrie.

The game will also require a different set of controllers. You’ll be unable to play the game with the Vive controllers and rather require the standard joysticks which also comes as a dissatisfaction to the Vive users.

Will you be purchasing the EVE: Valkyrie on HTC Vive?