Currently, physical contact sports are the draw on traditional TV networks with brand deals reaching in the billions of dollars. But when it comes to the internet and the digital space, that all changes. According to Dell and Alienware, the video game market exceeded $30 billion USD in 2016 with a projected forecast to grow at a 6% compounded annual growth rate through 2019. On top of that, the perception of gamers are changing as well. 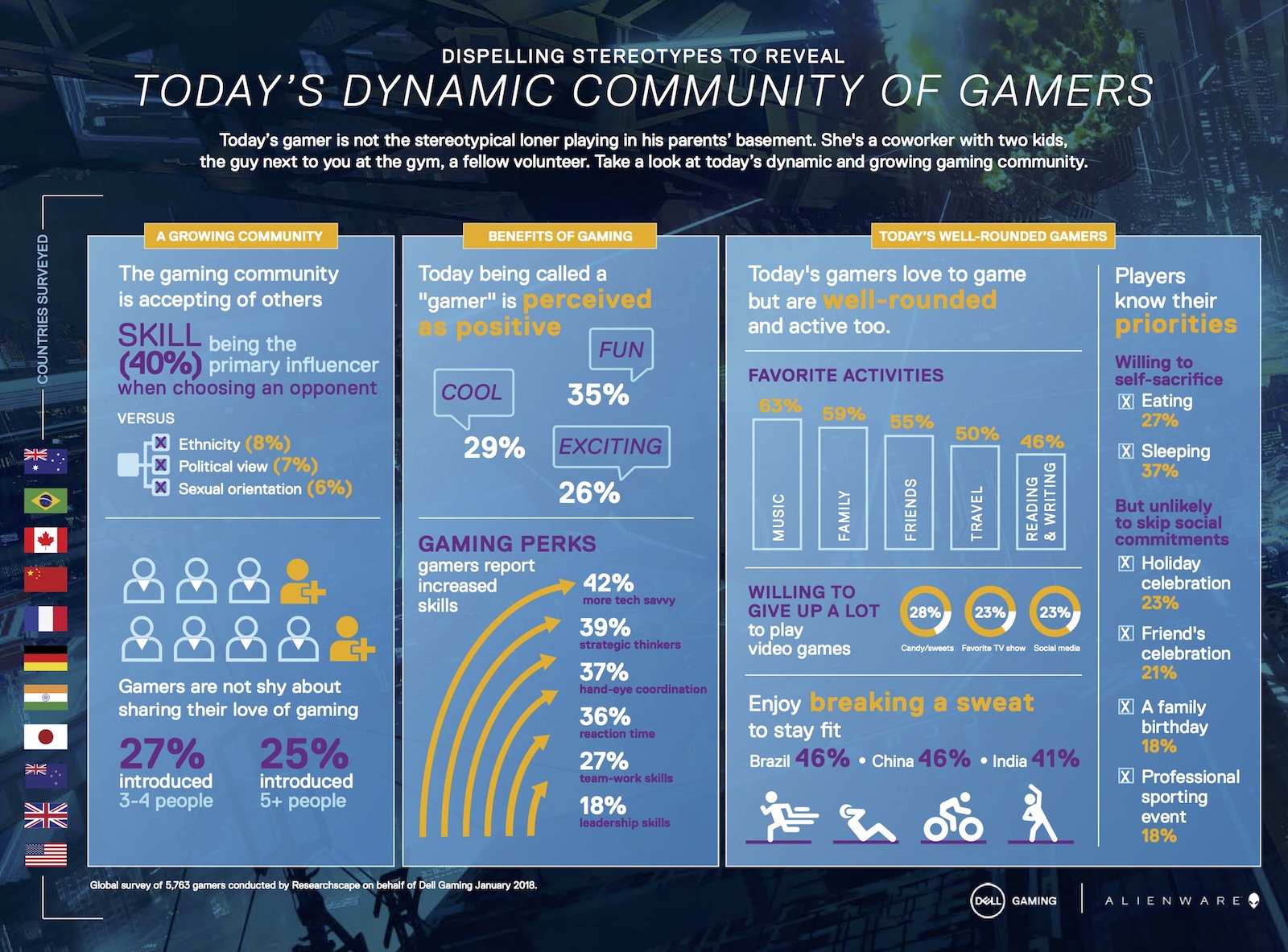 The gaming community is welcoming and accepting of others with skill (40%) being the primary influencer when selecting an opponent – not ethnicity (8%), political view (7%) or sexual orientation (6%)

One in two players (47%) has a female friend who plays videogames. Almost a third (29%) have a sister who plays, and 21% said their daughter does. And female gamers seem to breed other female gamers. Female gamers were far more likely to have other women in their lives who also game than male gamers did.

Close to four out of 10 survey respondents said that, because of gaming, they are more strategic thinkers (39%), have improved hand-eye coordination (37%) and increased reaction time (36%). Some even perceive that their teamwork (27%) and leadership (18%) skills have improved. The more advanced the gamer, the more likely they are to report an increase in these benefits. Half of gamers at pro level (54%) claimed that gaming has made them more strategic thinkers and 42% of pros said they are more tech savvy compared to 18% of casual players and only 14% of noobs.

One in four survey respondents have made new friends (26%), become closer to certain friends who game (25%) and made close friends through gaming (25%). While nearly two-thirds (63%) of gamers were influenced by their friends to get into gaming, 43% by their family. Regardless of their current age, almost two-thirds of respondents started playing video games in their teens or earlier.

Teenagers are most likely to realize the social benefits of gaming, like forming new friendships (45% of those 14-17), enjoying camaraderie (39%) and becoming a more confident individual (28%).

People are increasingly turning to videogames for relaxation (60% of respondents), passing the time (51%) and relieving stress (49%).

Gaming brings couples together. In the U.S. 22% of total respondents said their wife games, which was more frequent that any other country surveyed. 17% admitted gaming helps them spend more time with their significant other and 11% shared they met their life partner through gaming. Yet only one-third said being seduced by their significant other would get them out of their chair during an intense gamin

The sacrifice for gaming

Competitiveness of esports and gaming