ESL & Sliver.tv Team Up To Livestream Counter-Strike (CS:GO) in 360 VR 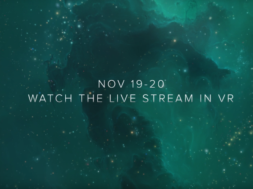 ESL & Sliver.tv Team Up To Livestream Counter-Strike (CS:GO) in 360 VR

Counter-Strike: Global Offensive (CS:GO) is one of the most popular PC games on the planet with millions of active users. They have one of the largest draws in competitive gaming and have professional gamers making a living from competitive play. During the next upcoming tournament, Intel’s Extreme Masters Oakland Tournament, ESL and Sliver.tv will team up to broadcast this event in 360 VR.

The tournament will take place next week on November 19-20th in Oakland with some of the most elite teams in CS:GO. They’ll be offering free streaming to both PC and mobile based VR platforms. Yes, that means you’ll be able to use the Oculus Rift, HTC Vive and the Samsung Gear VR to tune in to this match.

The video above shows a little snippet of what’s to come during the tournament broadcast in VR. While you won’t be seeing the match from a first person perspective in VR, you’ll be immersed in the level and match to draw a higher level of experience in watching the tournament.

Everyone that tunes in to the match in VR will be able to see real-time stats and the K/D ratio that’s oh so important to gamers. And for people that are hesitant to tune in using a VR device, don’t be. I can assure you that they spent time developing this platform and will work intuitively with the match. Plus, everyone should at least give it a shot before brushing it off.

Sliver.tv is an up and coming company that’ll be focused in bringing live matches in VR. With a promise of bringing quality, it should be a great weekend of CS:GO matches next week.