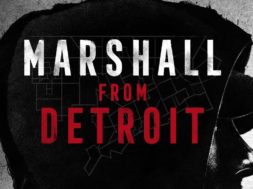 Over the past couple of years we’ve seen many celebrities and influencers use VR to help create their unique immersive content. This time, Eminem will be taking a shot at creating his very first 360 VR experience called Marshall From Detroit.

Created in partnership with Felix & Paul Studios, the two parties will be trying to tell the story of Marshall Mathers AKA Eminem and his upbringing in Detroit.

Marshall Mathers dreamed of rapping his way out of Detroit. Years and fortunes later, he still hasn’t left. Above is a quick sneak peek behind this upcoming 360 VR experience.

This isn’t Eminem’s first brush using immersive technology. Last year at the Coachella Music Festival he created an AR experience on top of his performance. This AR performance included a masked character floating around in the air that chops down with his cleaver during one of Eminem’s songs called “Kill You.” The character is projected through an AR app on the smartphone that overlaps the physical space with a digitally enhanced figure.

The release date for Marshall From Detroit will be announced at a later date for the public to try and experience.