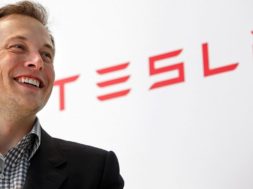 Elon Musk is one of the most beloved tech entrepreneurs of our generation. He’s helped create companies such as PayPal, Tesla, and SpaceX. But he might soon be getting involved in the VR business according to his recent tweets.

In a rare mistake by Elon Musk, he sent out a tweet to John Carmack, CTO of Oculus asking if he had a “sec to talk?” with his cell phone number attached.

While the tweet itself doesn’t mean too much, our reporting about Renault and Oculus does. We recently uncovered that Renault, the french multinational automobile manufacturer has been working with Ubisoft and Oculus to provide VR experiences within their autonomous vehicles. Drivers and passengers of the vehicle will be able to see unique VR experiences catered to the car and user.

Elon Musk currently operates his own electric self-driving car company called Tesla and he might be wanting to incorporate the same technology into his vehicles. He has probably caught whiff of his competitor and the actions they are taking towards incorporating VR technology into their vehicles.

John Carmack is a brilliant individual that knows his way around virtual reality technology and might be seeking his help or wanting to find out more information.

If Elon Musk was to develop his own VR tech, he would be able to incorporate it into several of his current businesses including SpaceX for space simulations that NASA is currently doing. We hope to see Musk in the VR world soon.