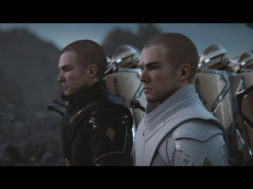 Electronic Arts (EA) has been under a lot of scrutiny recently with their pay-to-win loot crate concept for Star Wars Battlefront 2. But that isn’t stopping them from furthering the Disney owned franchise as EA is currently working on an open world Star Wars game.

According to their job listing for a Lead Online Engineer at their Vancouver office in Canada, they are looking for someone that will lead a team to deliver “Online features for a Star Wars Open World project.” Recently, EA changed the job description to “We are looking for a talented and experienced Lead Online Engineer to join an established, experienced team of developers working on a AAA Star Wars title in development,” to mask the project.

The rest of the job description doesn’t describe anything related to the specific open world Star Wars game. But this means that Star Wars fans across the world will finally have a chance to dive into a new MMO open world in the near future. The last time we’ve got to experience an MMO Star Wars game was with Star Wars: The Old Republic released back in 2011 with a further expansion called Knights of the Fallen Empire and Knights of the Eternal Throne.

We will have to wait and see what EA decides to do with this upcoming MMO game as there will probably be no word for quite some time. We will keep you posted as we reach out to the EA team to see if they have an answer in regards to this game in development.