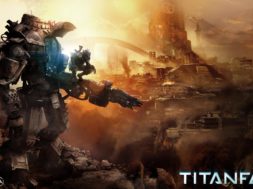 Electronic Arts (EA) has just announced an agreement to acquire Respawn Entertainment, the creators of AAA shooter game Titantfall. Currently, Respawn is working on multiple projects with various companies such as Disney, EA, and Oculus in developing AAA content. The company will be releasing a new Titanfall title, a new Star Wars game, and an exclusive VR title for the Oculus Rift.

“We’ve seen firsthand the world-class caliber of Respawn as a development studio with incredible vision, deep talent and an inspiring creative mindset,” said Andrew Wilson, CEO of Electronic Arts. “Our longtime partnership is grounded in a shared desire to push the boundaries and deliver extraordinary and innovative new experiences for players around the world. Together, we’ve brought this to life in the Titanfall franchise, and now with the Respawn team joining EA, we have exciting plans to accomplish even more amazing things in the future.”

“We started Respawn with the goal to create a studio with some of the best talent in the industry, and to be a top developer of innovative games,” said Vince Zampella, CEO of Respawn Entertainment. “We felt that now was the time to join an industry leader that brings the resources and support we need for long term success, while still keeping our culture and creative freedom. EA has been a great partner over the years with Titanfall and Titanfall 2, and we’re excited to combine our strengths. This is a great next step for Respawn, EA, and our players.”

As mentioned under the agreement, EA will pay $151 million in cash, and up to $164 million in long-term equity in the form of restricted stock units to employees, which will vest over four years. In addition, EA may be required to pay additional variable cash consideration that is contingent upon achievement of certain performance milestones, relating to the development of future titles, through the end of calendar 2022. The additional consideration is limited to a maximum of $140 million.

So in essence, EA will be publishing their first AAA VR title with Oculus which is set to release some time in 2019. There really isn’t any indication on what they game will be or what the story will revolve around. But if we were to take our best guess, it will be some sort of FPS VR game that provides over-the-top graphics with an intrinsic story line and characters. We look forward to seeing what will come from EA’s first VR published game for the Oculus Rift.